Is a rotated solution valid in Q-Bitz?

new here and couldn't find anything related to Q-Bitz, so I hope it's ok to ask this question. It has my family arguing!
So in Q-Bitz the challenge is to match the pattern on the card with your own set of blocks. Fastest and/or most exact wins, depending on the variant.
If your blocks match the pattern rotated through ninety degrees, have you matched the pattern? Or not? Trivial example to visualise... let's say the pattern on the card is entirely black apart from one white square in one corner, and, if you had a compass and aligned your table, you could say the white square was the north-east corner.
So it's an dead easy pattern to remember of course, and everyone reveals their solution. Three people have their white square in the north-east corner, yay. One person has their white square in the south-east corner. But they say their solution is correct, because the pattern is exactly the same. Hmmm!
Unfortunately the rules of the game don't help on this point.
Help us avoid family break-up please... who is right?
PS I couldn't create a q-bitz tag, as new here.

Though it's not conclusive (the rules are pretty short) on the MindWare company website page for the game they show an image of a game in progress with the player boards in all different orientations, most of them roughly 90 degrees rotated from the pattern card, see here: 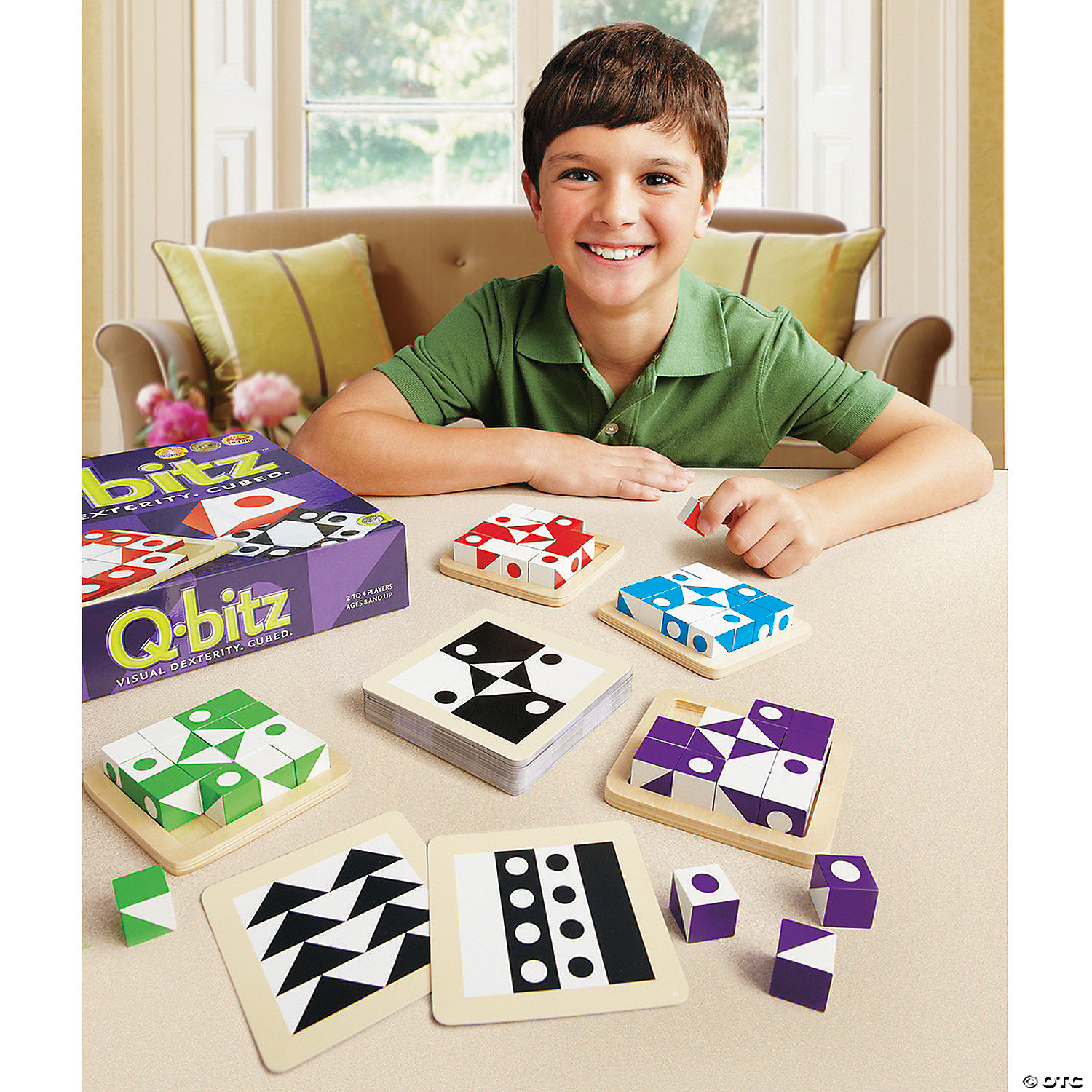 This suggests even more that rotation of the board does not matter.

Not the answer you're looking for? Browse other questions tagged house-rules q-bitz .

55
How do you make Settlers of Catan work well for 2 players? (Problems and play-tested solution described, alternatives requested)