Help me identify an old family board game (from memory)

I realize chances are slim, but I figure it's worth a shot asking, nonetheless. It's a game that I've played as a very young child and have moved countries since (but I'm pretty sure I've lost all pieces as well, long time ago). I'll try to provide as much details as I can dredge up from memory.

I've made a quick image rendition from memory, for its general overlay, but take it with a hefty pinch of salt: 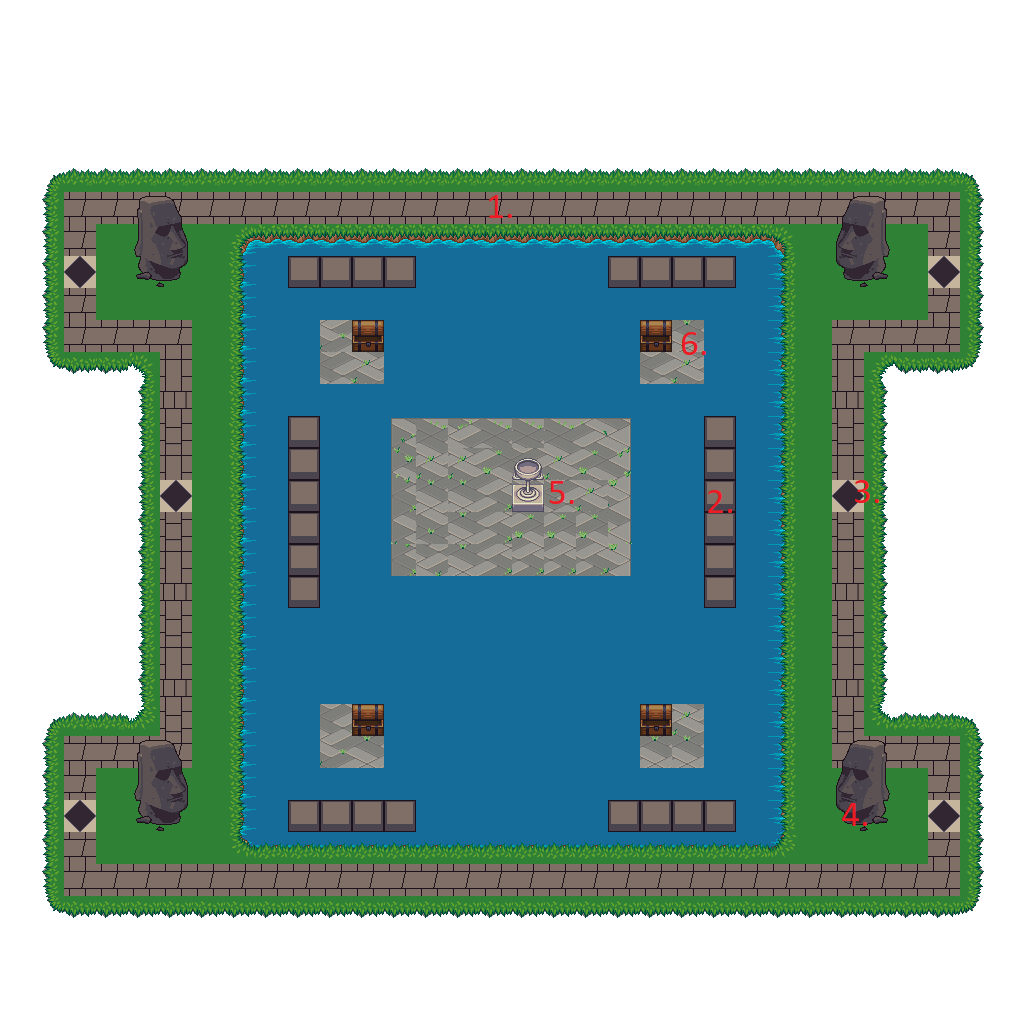 I wish I could remember more (and if I do, I will most certainly update the question). I apologize if I'm asking too much, but the memory recently got under my skin, and I'd love to figure out what it was at least, even if unable to buy it anywhere. I hope my hazy drawings and description do not confuse a kind soul that might actually know what the game is.

The game is not:
Fireball Island
Curse of the Idol - But it looks VERY close to it in terms of mechanics, settings, and I believe, gameplay - an excellent reference point. One main difference would be that most additional components were made of cardboard (like the game board walls in this one).

So this has been puzzling me for a few hours, but I think it might be Curse of the Idol? This seems to fit a lot of the criteria you outlined - Aztec themed, released in the 90's, right player count, rotating platforms etc.

Going through Board Game Geek again, I've found a few other potential candidates, which share the right player count, have an adventure / exploration theme and were released around the 1990s. I've loosely ordered them from most to least promising:

3
What is the memory-style game that has pawn-like tokens covering pictures?
14
Help me identify this card game with secret, changing rules
15
Soviet space exploration board game (now with pictures)
8
Help identify old advertising card game
7
Help Identify: 2-player Kingdom building Board Game with role selection
7
Identify this game - 4X board game between 2000 and 2010
6
Identify Tree-Themed Trick Taking Game
11
Identify board game with a castle divider, air plungers, soldier-shaped plugs?
5
What board game for 2 to 4 players with 1 token each and the winner is the first to the top of a raised platform?
1
Identify a fantasy board game from the 90's