Does completing "Establish a Temple to Ibrundul" count as taking Piety quests?

I came across a situation while playing Lords of Waterdeep with the Scoundrels of Skullport expansion.

I had completed the Sanctify a Desecrated Temple plot quest, which provides a white cube whenever I take a Piety quest. Later in the game I completed the Establish a Temple to Ibrandul quest, which as the reward has me take all quests from Cliffwatch Inn.

If any of those quests are Piety quests, do I get a white cube for each of them as a result of the plot quest?

I don't have images, but I imagine there are similar plot quests for when you take the other quest types and this same situation would apply.

My thought is that since both cards use the word take, then the plot quest reward would be triggered and I'd get white cubes for each Piety quest present, but is this the case? 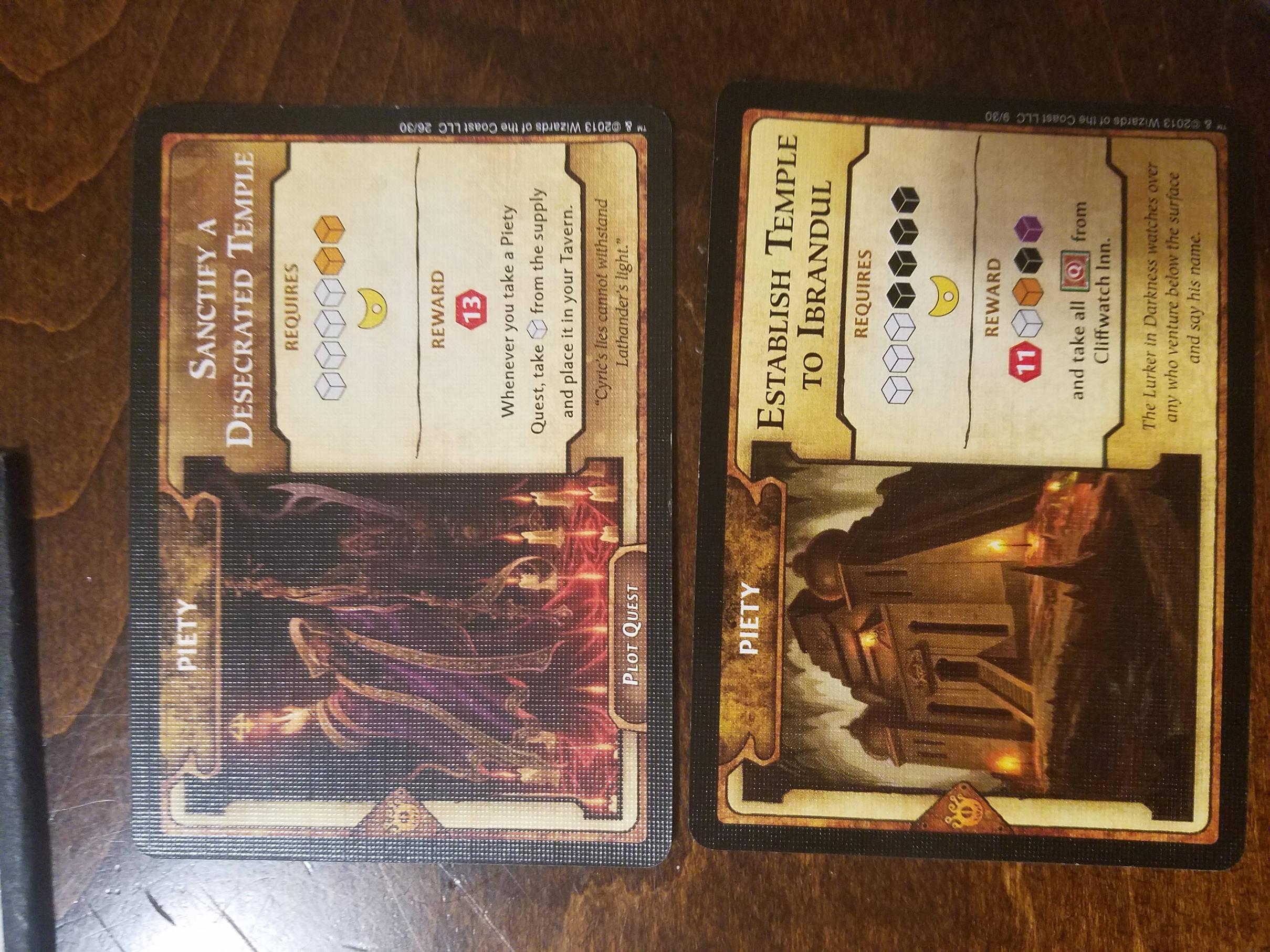 I haven't been able to find an official answer for you but I would say that yes, you're interpreting it correctly. The wording in Lords of Waterdeep is usually quite clear and the keyword is the same on both cards. Due to the first card you get a cube each time you take a Piety quest and the second card instructs you to take a number of quest cards. This means that you will get a cube per Piety quest taken.

Not the answer you're looking for? Browse other questions tagged lords-of-waterdeep .

6
How can I balance mandatory quests in two-player games of Lords of Waterdeep?
2
Does the Waymoot get 4 VPs if it shows up on the 1st round?
2
In Lords of Waterdeep on iOS, why does placing a corruption token on The Palace of Waterdeep indicate you won't get to take the Ambassador?
3
Are the owner benefits from Impersonate Tax Collector part of an action?
1
Do you get bonus points at the end or during play for these quest rewards?