Can anyone clarify if this is correct, and why?

Each unit has one potential action each phase. But each year has five phases:

Dislodged units (normally) still cut support. Because they cut support in the movement phase and are dislodged in the retreat/disband phase. There are a few exceptions where support is not cut, but that is not for this setting.

In this case, we have 6 units with their orders: 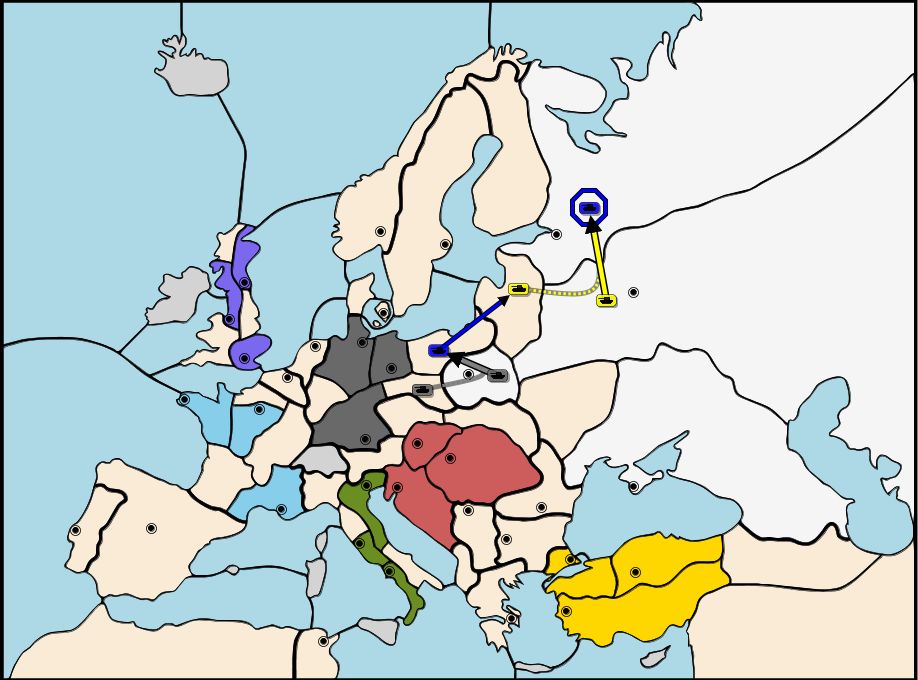 The failed orders are shown below: 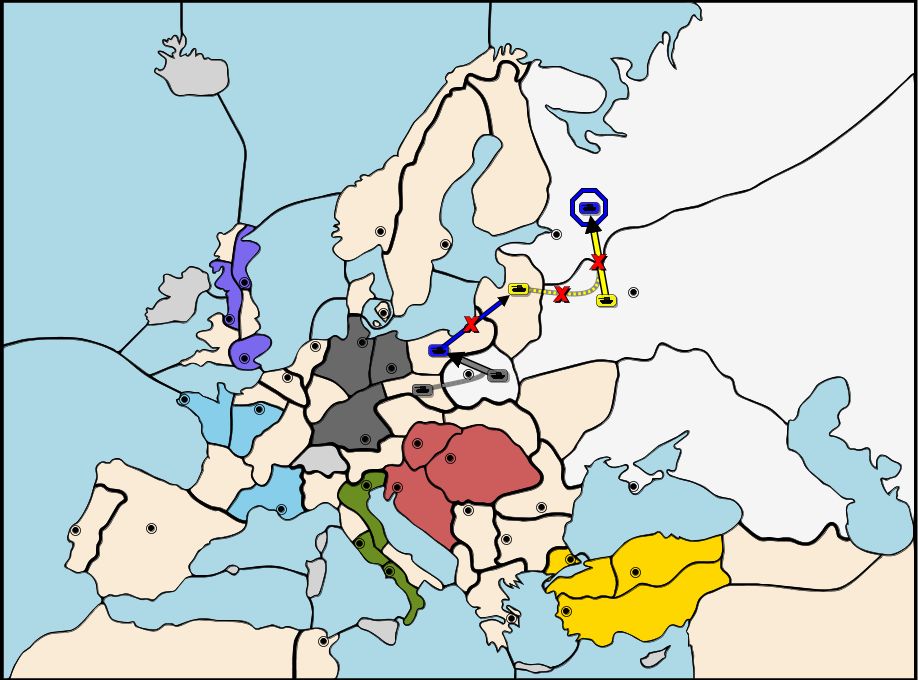 Now it is time for retreats/disbands

This is the relevant quote from the rules:

Straight from the rules: 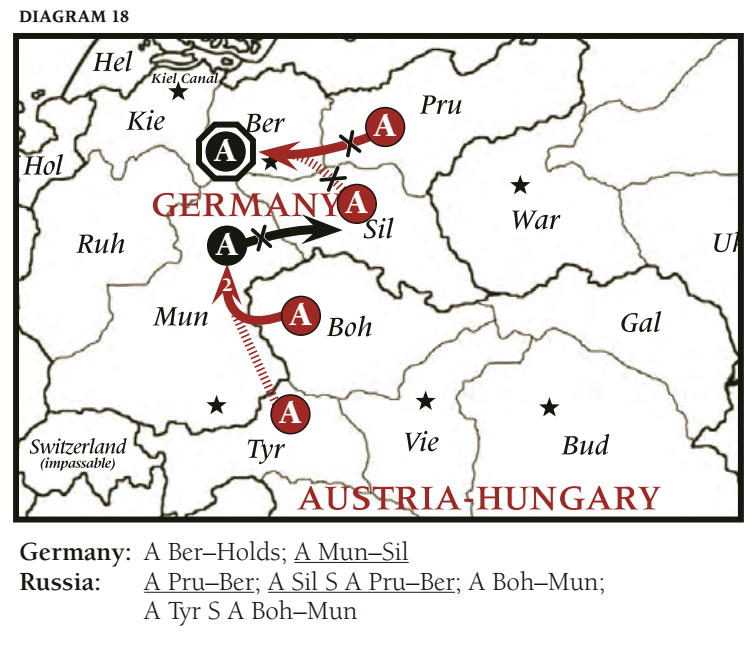 The example provided in the rules is isomorphic to the example you describe. Germany's "Army Munich to Silesia" in Diagram 18 is the equivalent of your English "Army Prussia to Livonia". Though it is dislodged, it still cuts support on an attack on another province.

The exception to this (noted by the rules) is if in your situation, Turkey had issued: "Army Livonia supports Warsaw to Prussia". In this case, the support would not be cut by "Army Prussia to Livonia" because a unit doesn't cut support on an attack on it's own province unless it dislodges the supporting unit.

Not the answer you're looking for? Browse other questions tagged diplomacy .