I found some old cards when helping my Mum move house. They have multiple of the holo squares on them, all from the 1996 first edition. Are these misprints? Are they rare or valuable to a collector? I tried searching for cards like these online but i didn't see anything like them. 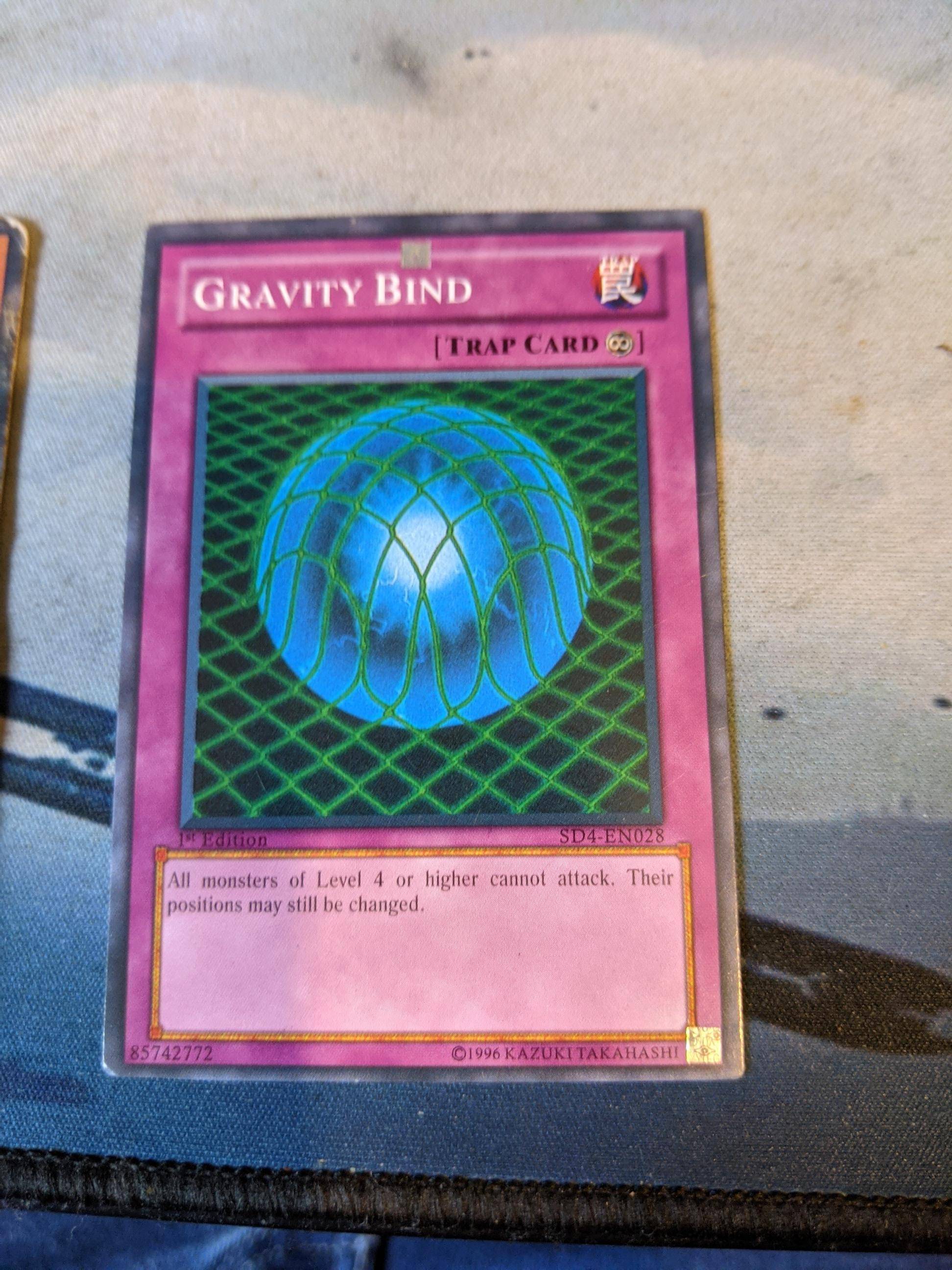 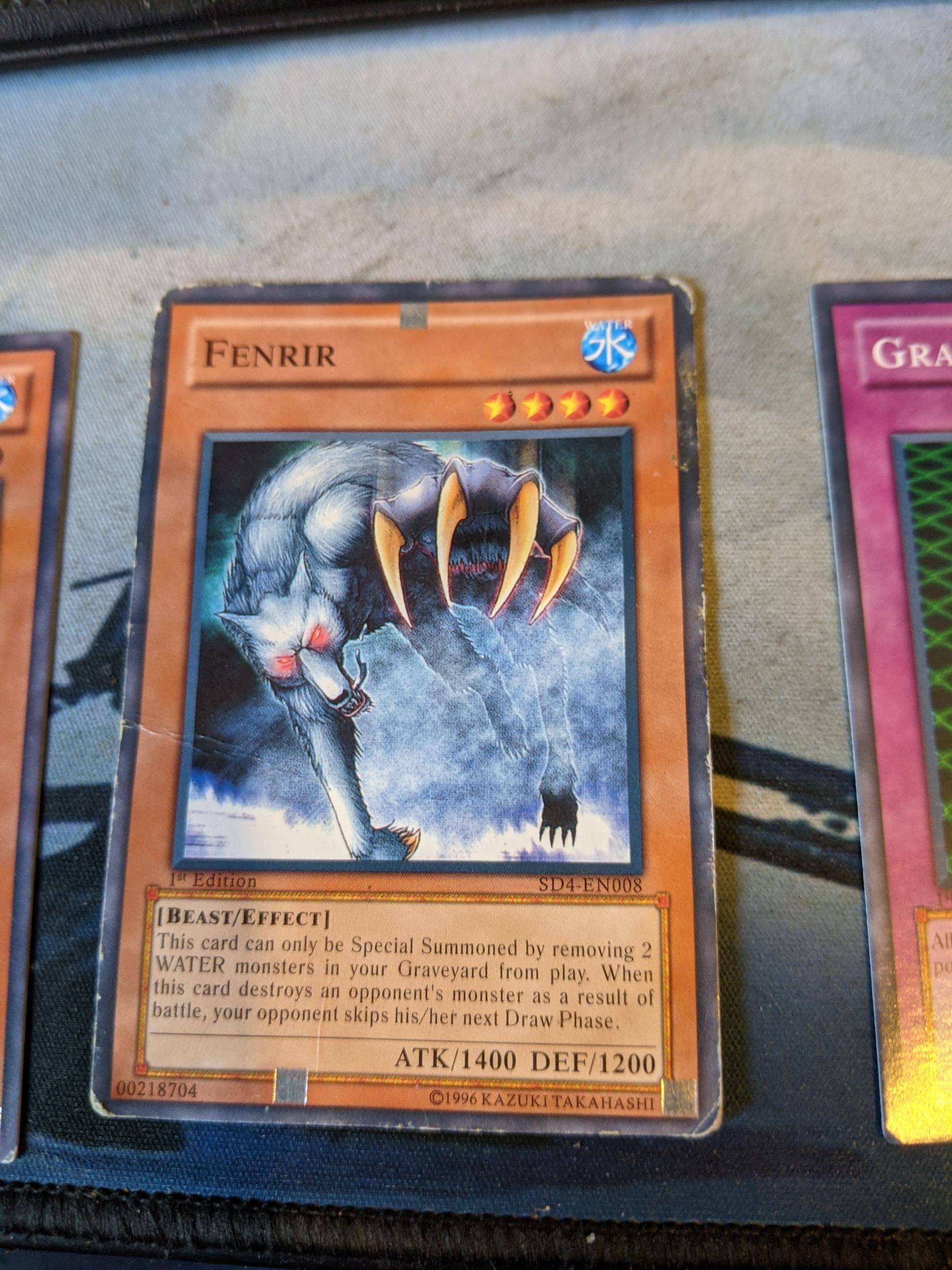 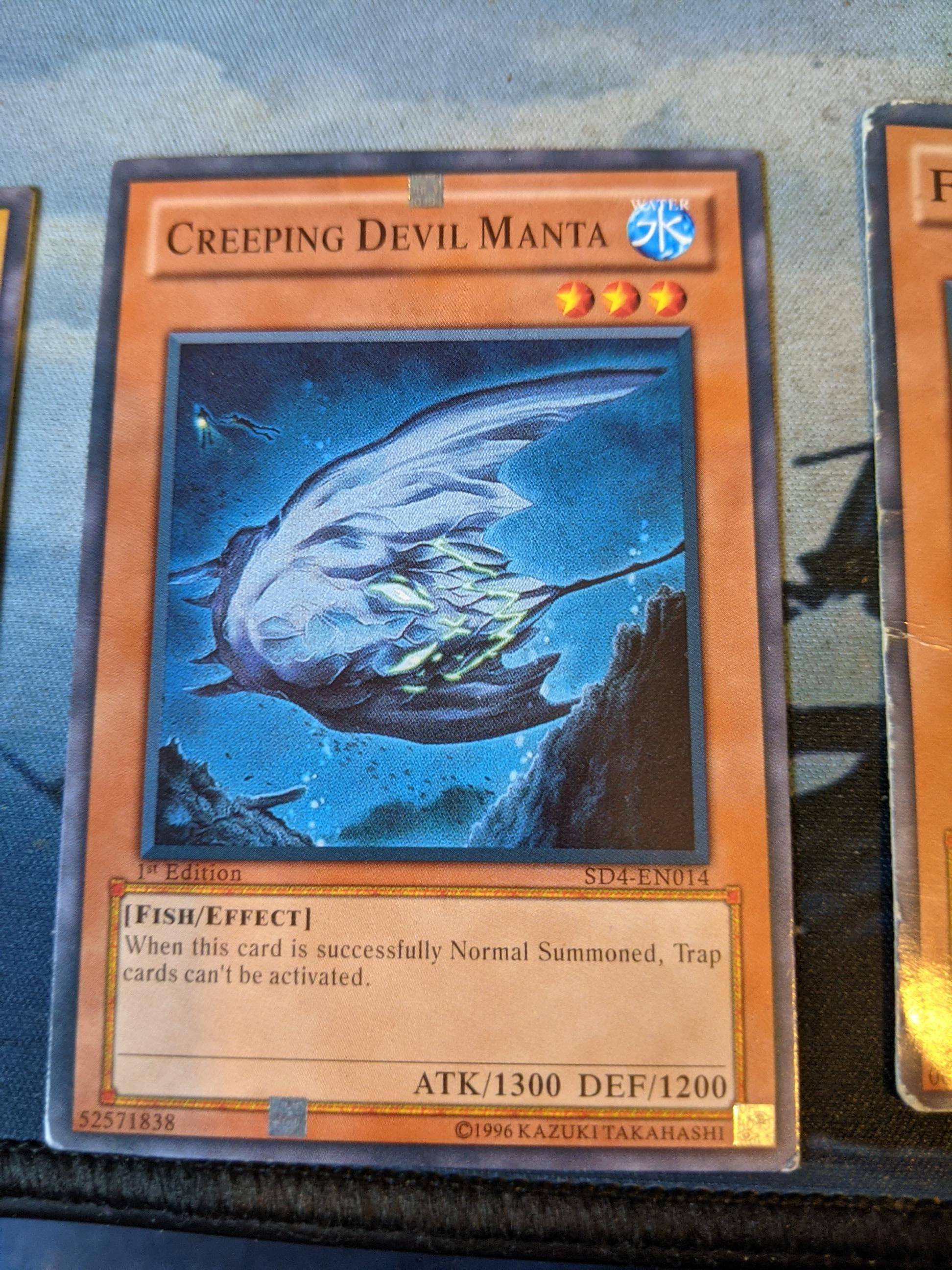 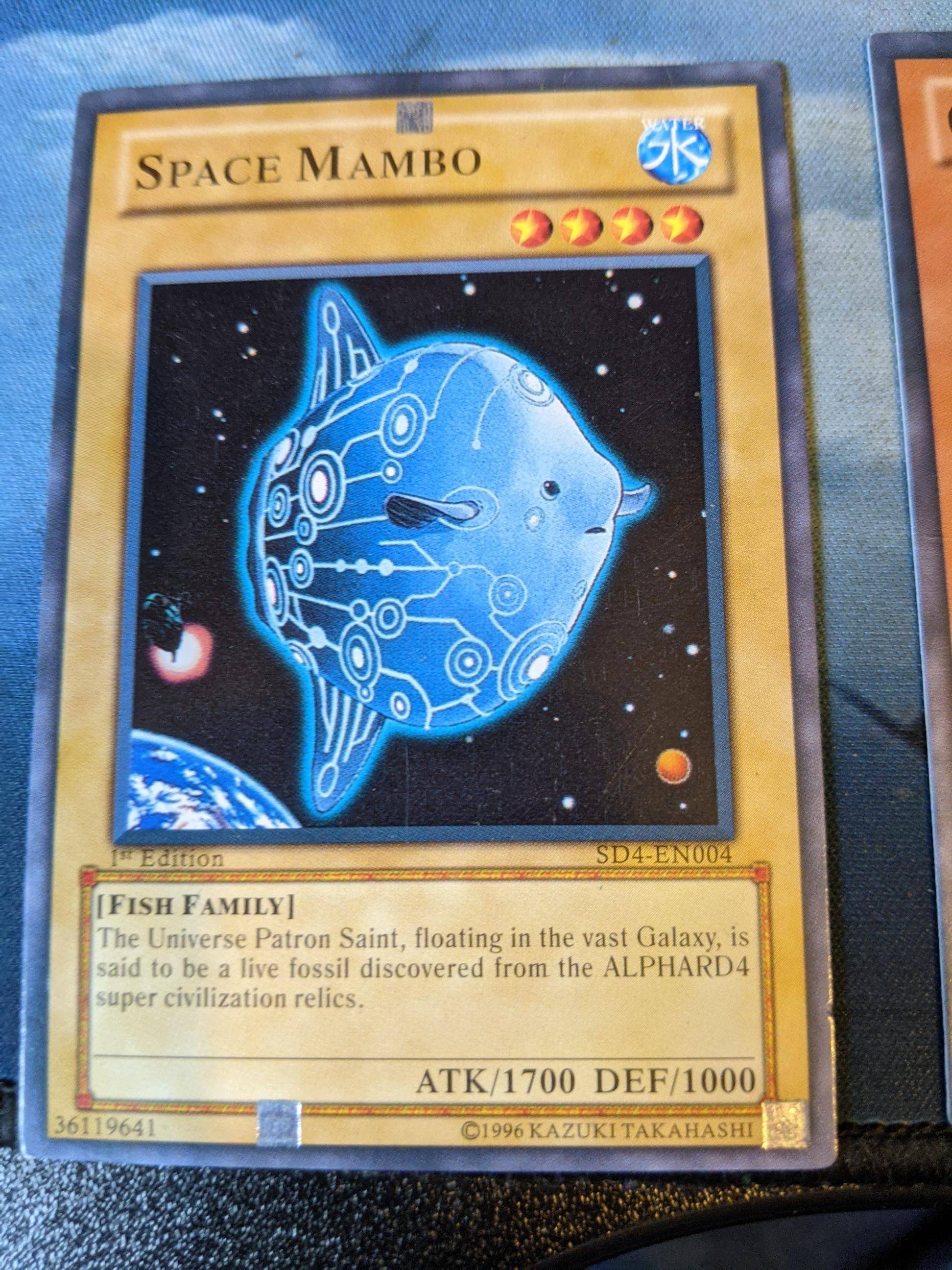 These are misprints, that doesn't mean they will automatically be valuable, but there's an even bigger problem.

Cards are printed on single large sheets and then cut afterwords. YuGiOh prints a little foil mark onto the bottom corner of every card at the end of printing. This is done by a single press transferring that foil from large preprinted foil sheets. In this case these cards most likely were on a sheet where the foil was printed 3 times, once in the correct place, once about two inches off to the left, and once more about a half inch to the right and a quarter inch lower.

As for the value of the cards - usually a misprint will be more valuable than the regular card, however the card info on these marks them as being from Structure Deck: Fury from the Deep - cards from preconstructed decks are usually less valuable than those pulled from packs, because of how easy it was to get those cards, you just had to buy the deck.

Looking at the specific cards, the only one that seemed to have value over $2 was Gravity Bind, however search brings up a second issue - these don't seem to be legitimate YuGiOh cards. The biggest problem there is with the card "SD4-EN014" which was always translated into English as "Creeping Doom Manta" when printed - though the original japanese was "Debiru". The wording in the text boxes are all wrong too. The colors of the inks are also off, lighter than they should be (originally I put that off to the photos). What it looks like is someone translated the Japanese text themselves and printed fake copies of the cards, without the same quality assurance meant to prevent misprints in legitimate copies. I believe these cards are not worth anything because of this, though I am not an expert.

3
Banishing Spell Cards from the graveyard
4
Why do cards miss their timing?
7
Why are there illegal cards?
3
In Yu-Gi-Oh, when you banish cards from the field, can you banish spell and trap cards in addition to monster cards?
3
Banishing cards from the graveyard
2
Find Spell cards self banish or cards banish spell in grave
2
What is the standard cost for the illustration on a Yu-Gi-Oh! card?
0
Ignition Effect Priority in Old Yu-Gi-Oh!
1
What are these Strange Pattern Yugioh Cards