Can you identify this John Conway board game?

A colleague of mine received the item pictured below as a gift from Diana Conway, the widow of the mathematician John H. Conway. It was found among Conway's many recreational possessions, but was not accompanied by any identifying information. Presumably it is some kind of game, though possibly it is some kind of puzzle. In case it is not clear from the photo, there is a 7x7 wooden board accompanied by some number of (but far fewer than 49) tiles, each of which fits snugly into one of the squares of the board. The tiles are dark on one side and light on the other, which is reminiscent of the game Reversi/Othello. The game was found in a plastic bag, so it's possible that some pieces were lost.

Someone suggested to me that this might be a version of Pathagon, but in Pathagon, there is no reason to have tiles that are dark on one side and light on the other side. Tiles that fit snugly in the squares are also a bit strange if the tiles are meant to be removed or flipped easily when surrounded by other tiles.

On my own website you can view a short video that demonstrates that the tiles can be slid along the board (as in the game Wąż), although not especially smoothly. 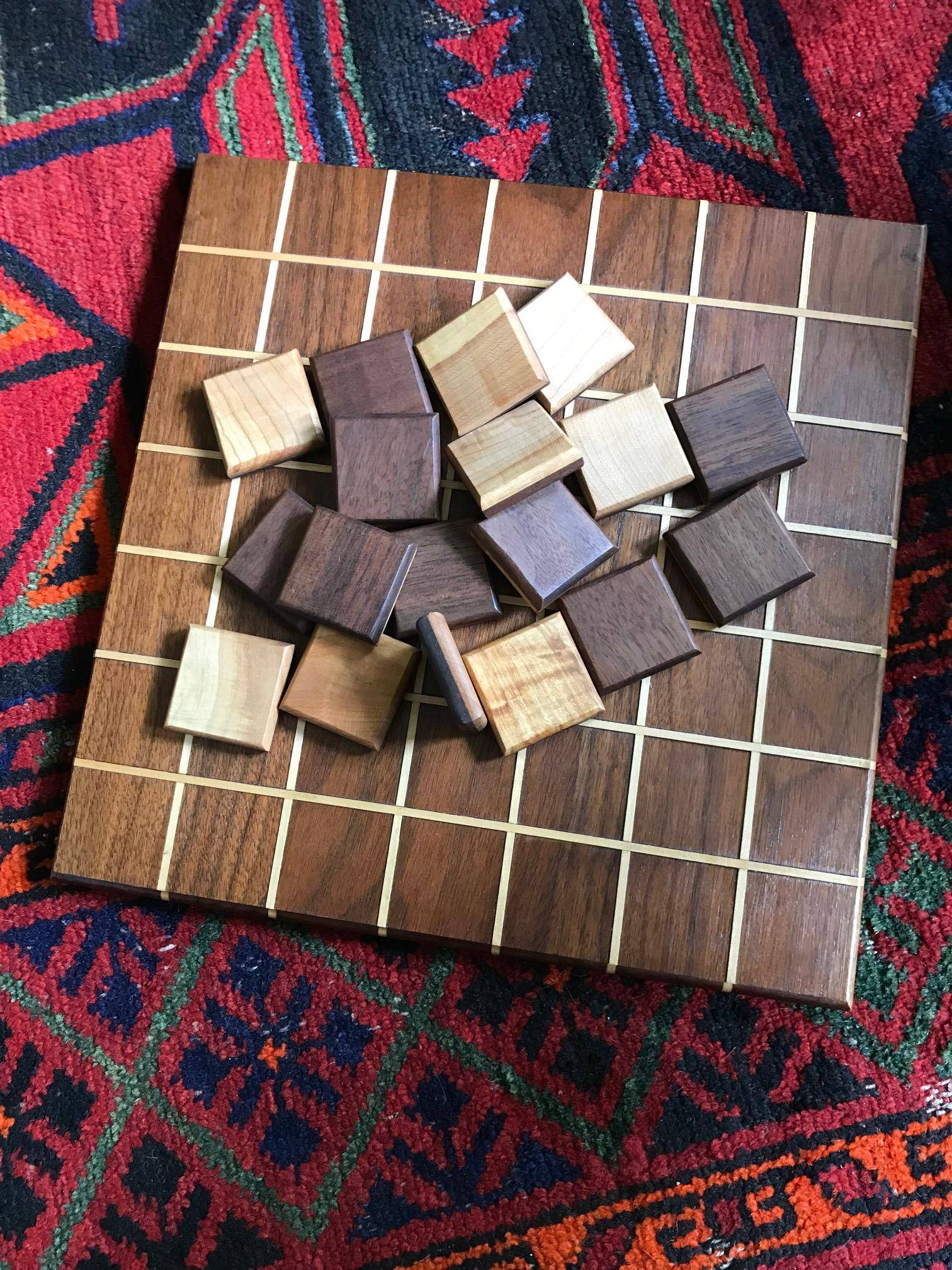 Most likely it’s Infection (aka Ataxx), which Conway was at least aware of, having referenced it in Winning Ways for Your Mathematical Plays, Vol 1 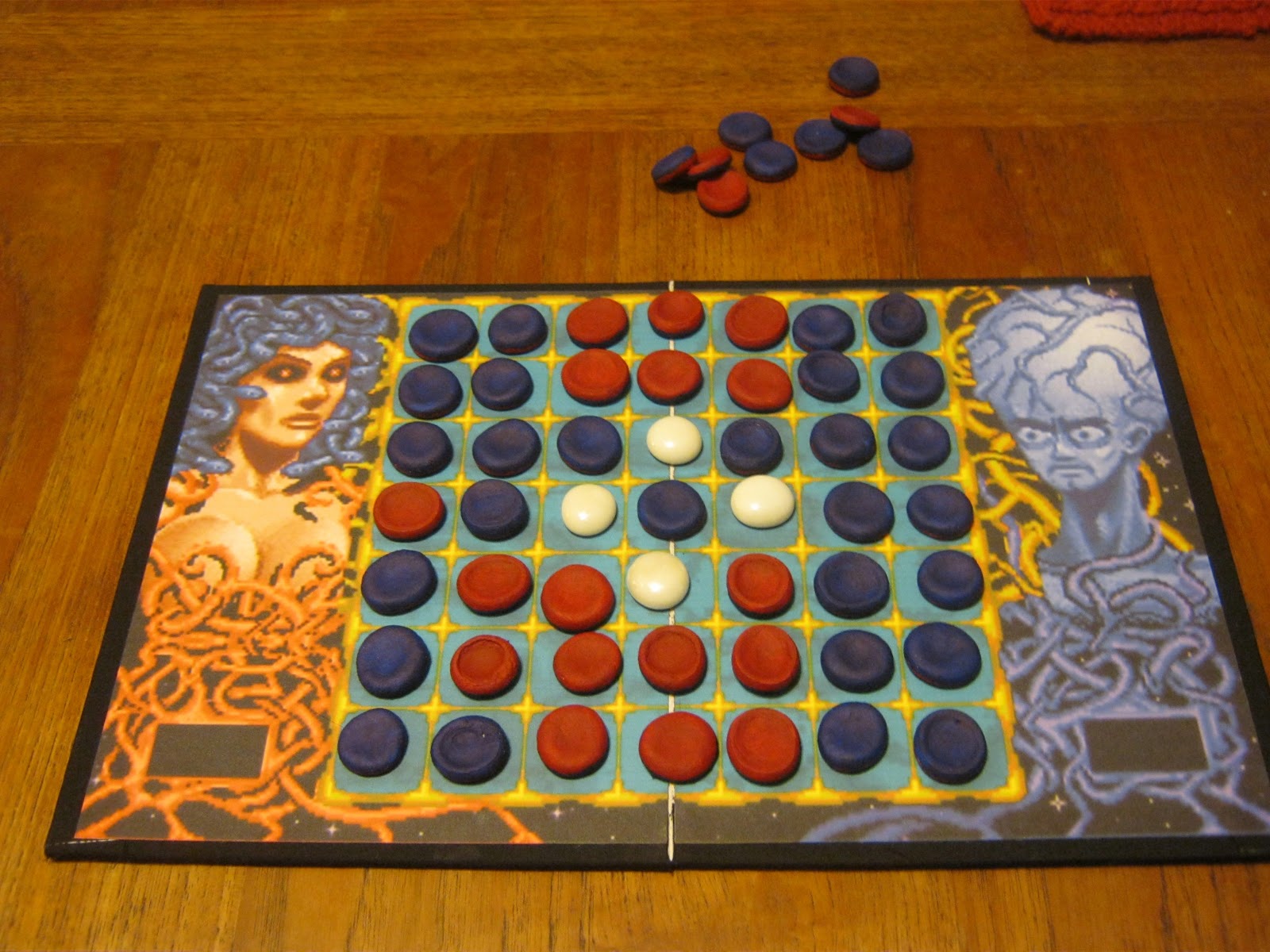 I hate to point out the obvious but, if there are indeed missing pieces, couldn't this just be a small board on which to manually conduct a Game of Life simulation?