Can one chain routes granted by stations in Ticket to Ride?

Is the following setup allowed for the red player to get from Essen to Stockholm?

The theory being the red player is using the green players route to get from Essen to Copenhagen and then again from Copenhagen to Stockholm. 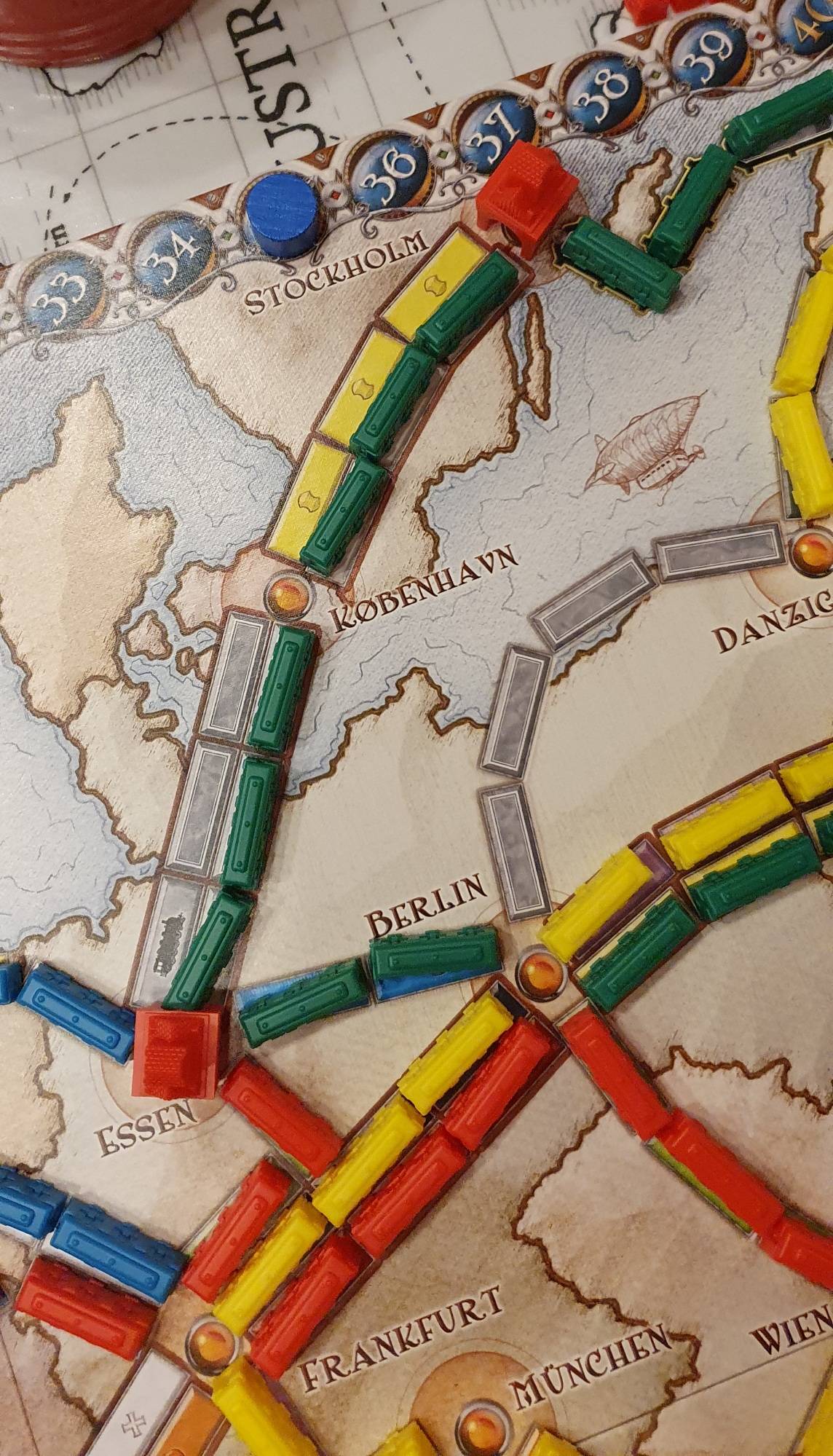 According to the rules:

Stations may be built on any unoccupied city, even if it currently has no claimed routes into it. Two players may never build a Station in the same city.

Each player may build a maximum of one Station per turn, and three Stations throughout the course of the game.

To build his first Station, a player plays and discards one Train card from his hand, and places one of his colored Train Stations on the chosen city.To build a second Station, the player must play and discard a set of two cards of any one color; and to build his third, a set of three Train cards of any one color. As usual, you can replace any number of cards by Locomotives.

A player is never required to build any Stations. For each Station a player has not used, four points are added to his score at the end of the game.

So as long as:

This is certainly possible. in this case, you are free to go.

Not the answer you're looking for? Browse other questions tagged ticket-to-ride-europe or ask your own question.