Alternate layouts for Backgammon: who's studied this?

I've been wondering for some time about the initial layout of the 15 men on the backgammon board, and what alternatives have been looked at. Also, what the pros/cons of various alternatives would be, and, even, how you would evaluate different layouts for playability, interest, and (yes, odd I know:) fun.

What is the study of this called (so I can search for it) and/or whose been involved in looking into it - and is there anything published I could get?

(Looking for "backgammon history" on the intertubes brings up lots of pages about how it is centuries old, played by royalty, changed radically in the 20th century with the doubling cube, etc. etc. etc., but nothing about the origin of the layout. Which, obviously, is undoubtedly lost in the distant past, and now it is what it is.)

Many variants described at Backgammon Variants: 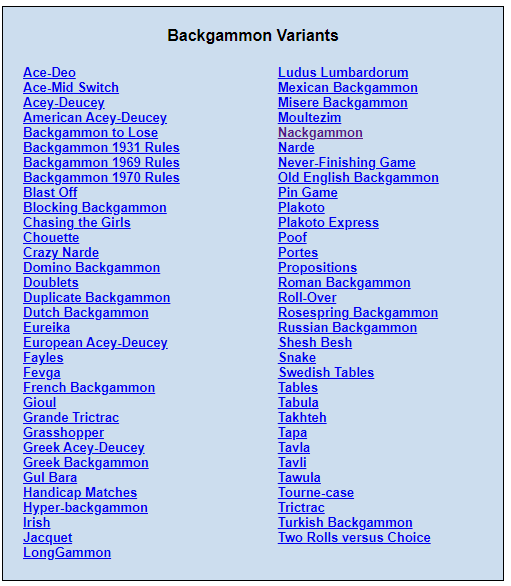 The most famous variant, to my limited knowledge, is Nackgammon.

Nackgammon requires more skill than regular backgammon. The games tend to be quite a bit longer because you cannot easily run your back checkers. It is a positional game, with more emphasis on priming and back games, and less on attacking and blitzing."

So there is a definite difference in playability, interest, and, maybe, fun.

The initial setup is the following, with all other rules being the same as backgammon:

According to Mark Driver's article on the History of Backgammon, the earliest versions had the pieces all start off the board and enter based on the throws of the dice (like pachisi). Back then it went by the name of "tabula" or "board".

following diffusion of the game throughout Asia and Europe, variations in the initial starting positions of the game were manifest.

The author also conjectures that variations were introduced in large part because of the complexities of translation and the usual vagaries of oral tradition (not necessarily for merely improving the game).

And, more to your point, that the variations in starting positions (when the pieces started on the board instead of needing to be borne in) are likely lost to time.

The material components were more resistant to such changes, by their physical nature.

It is likely that these factors account for the rich diversity in backgammon variants which share the common physical format of a board divided into four quadrants each containing 6 pips, and two sets of 15 distinctly colored checkers.

The author notes that the invention of the printing press helped fix the rules at some point, this point being more or less arbitrary in the terms of the evolutionary process of the game.

Throughout the diversity of European culture, specific variants were adopted by the locals as their favored game of choice. Murray30 notes that around 25 distinct versions of the game were evident throughout Europe during the Middle Ages. Around the Mediterranean for example, variants in which the game commenced by bearing in checkers, or in which the game begins with all checkers stacked on the respective ace-points, became firmly entrenched in the local culture.

The following is an attempt to address preoccupations described in the first paragraph of the contributor's question.

«A race game is one in which players start with one or more pieces at one end of a linear track, advance them in accordance with the throw of dice or other lots, and win by being the first to get from start to home.» (p. 34)

«Backgammon is the chief western representative of a distinctive family of race games best referred to as Tables.» (p.58) 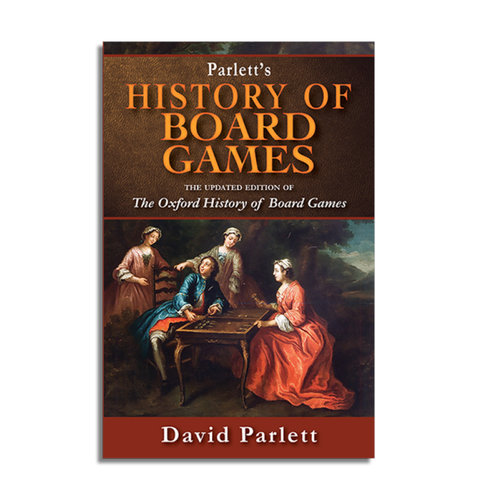 The author explains that the number of pieces used in Backgammon's unknown ancestor probably increased to 15 with a view to expanding the length and interest of play, as well as the number of choices at each move.

Several pundits refer to the game «tabula» (Latin for «board»), played by Byzantine emperor Zeno (ca. 480 AD), as the ancestor of Backgammon. The board appears to be identical to that of modern Backgammon and the game uses 15 pieces for each player. 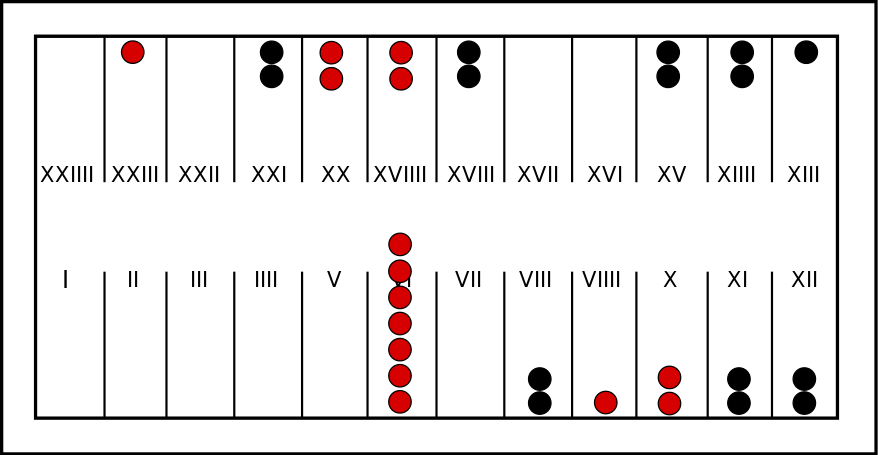 I suspect that we will never be able to explain how 15 pieces became the norm for 15 centuries; I have yet to see a clear explanation of the evolution of this number from lower ones. Fifteen pieces appears to be an optimal number past which the choice of move becomes too complex.

Origin of the layout

This book, commissioned in 13th century Spain by King Alfonso X of Castille, appears to be the first game encyclopaedia.

«And also, one half of the pieces must be of one colour and the other half of another so that they can be recognized one from the other. And they are to be fifteen of each colour because in one quarter of the board can be placed two by two on each point and remain three outside (that quarter) so win the game by forming a prime and to tie when necessary. Because without these it could not be done.» (Alfonso X, p.27 )

Figure 78 in the Alfonso document illustrates a game of «Todas Tablas», identified as «the most direct ancestor of modern Backgammon.» The disposition of the pieces is such that all of each player's pieces are on their side.

In figure 85v, one will recognise a board close in design to the modern backgammon board, but here it has 7 points and is used to play «Decimal Chess». All of a player's pieces start together on the same side.

Alfonso X explains doubling pieces up for strategic reasons; in the home area, this could reduce the odds of the adversary being able to bear off some pieces without leaving blots in jeopardy.

«And for this reason they place the pieces doubled up: because just as in the game of chess when one pieces is found alone, separated from the others so that it does not have anyone to guard it and it can be captured, likewise that of tables. If they are not doubled up, the other player who should roll that number which corresponds to that point can take that single piece and there is no one there to defend it.» (Alfonso X, p.27 )

Pros and cons of initial layouts

«A significant feature of Tables is that about half the recorded games of the family are played in 'contrary' motion as in Backgammon. In other words, the two sides start from opposite ends of the 24-point track and come into contact with each other head on. This makes for a relatively violent game at first...» (Parlett p.61)

Were all of the pieces to start in their home area, not distributed as they are around the board at the start, there would probably be a colossal pile-up of pieces in the center of the board, possibly deadlocked. Since the pieces are moving in contrary motion, the White pieces starting in the home area act as blockers of the Black pieces trying to get home. This adds tension to the game.

There appears to have been some experimentation done with number of pieces, number of points, and various layouts in the early Renaissance (13th century).

I have considered the effects of different layouts before and have been tempted to test different initial layouts with a computer program that I would design (I have not yet given in to this temptation). This approach would allow the play of statistically signficant numbers of games by elementary AI-controlled players. It could determine statistics such as the minimum, maximum, and average number of moves required to finish games from each initial layout; possibly, some would be deemed unplayable because they would produce deadlock too often, or because they required too many moves to finish.

Of course, the AI-controlled players could not report on factors of importance to humans such as interest and fun. However, I'm not certain how much interest and fun human players would find in playing hundreds of games with varying initial layouts, so I would still rely on AI.