Anyone know a game with yellow and blue ducks?

I remember having a game years ago (it would have been made around 2006-2013) in which there were two players. One player had yellow ducks, and the other had blue. The ducks were 3D, shaped like rubber ducks, only smaller. As far as I can remember, the goal was to get all your ducks across a swamp or pond before the other player did. The board had little oval shaped spaces that I think were indented, so as to fit the bottoms of the ducks in them. I remember that there were lots of ducks, because they ended up all over the house, and I remember that they were small (smaller than a typical rubber duck) at about ¾ inches to 1 inch long. The game was intended for ages around 4-9, so younger kids. Does anyone have any ideas as to what this game is?

I could not find a BoardGameGeek entry, but this game for sale on ebay appears to match your description.

It is called "Like Ducks to Water". Specifically, the second image show the indents in the game board meant to receive the ducks: 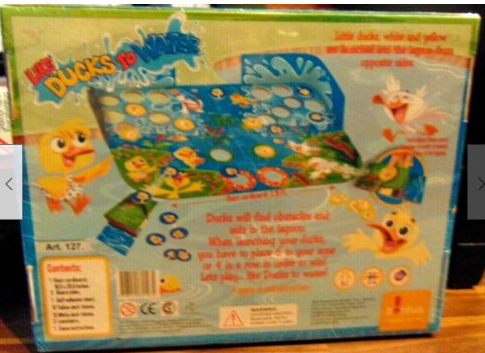