Movable Tic Tac Toe is similar to the classic game as it uses 3 x 3 matrix and has the same goal of winning, which is to align 3 X's or O's marks horizontally, vertically or diagonally. The difference is:

Q: What would be a strategy for this game? 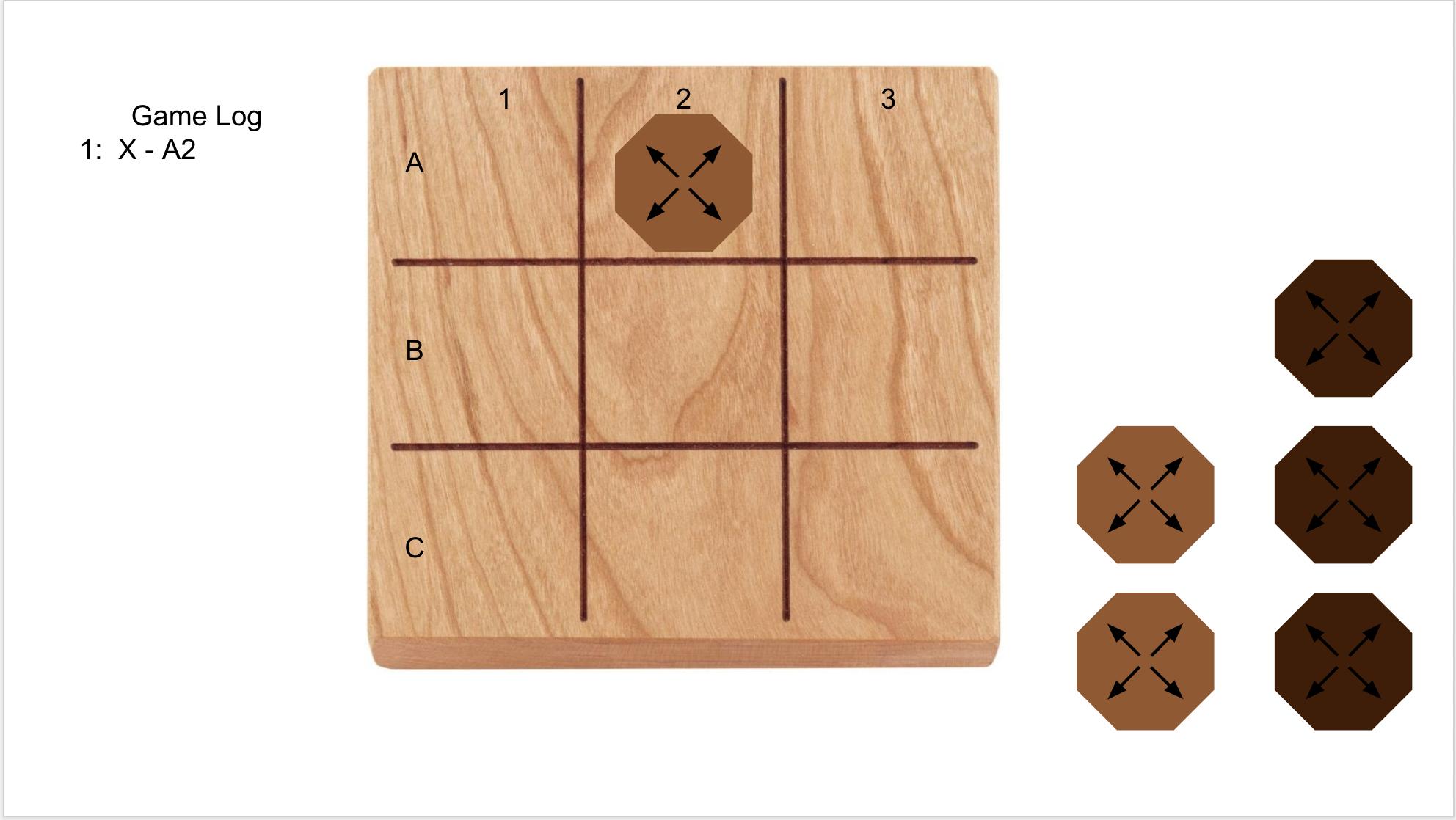 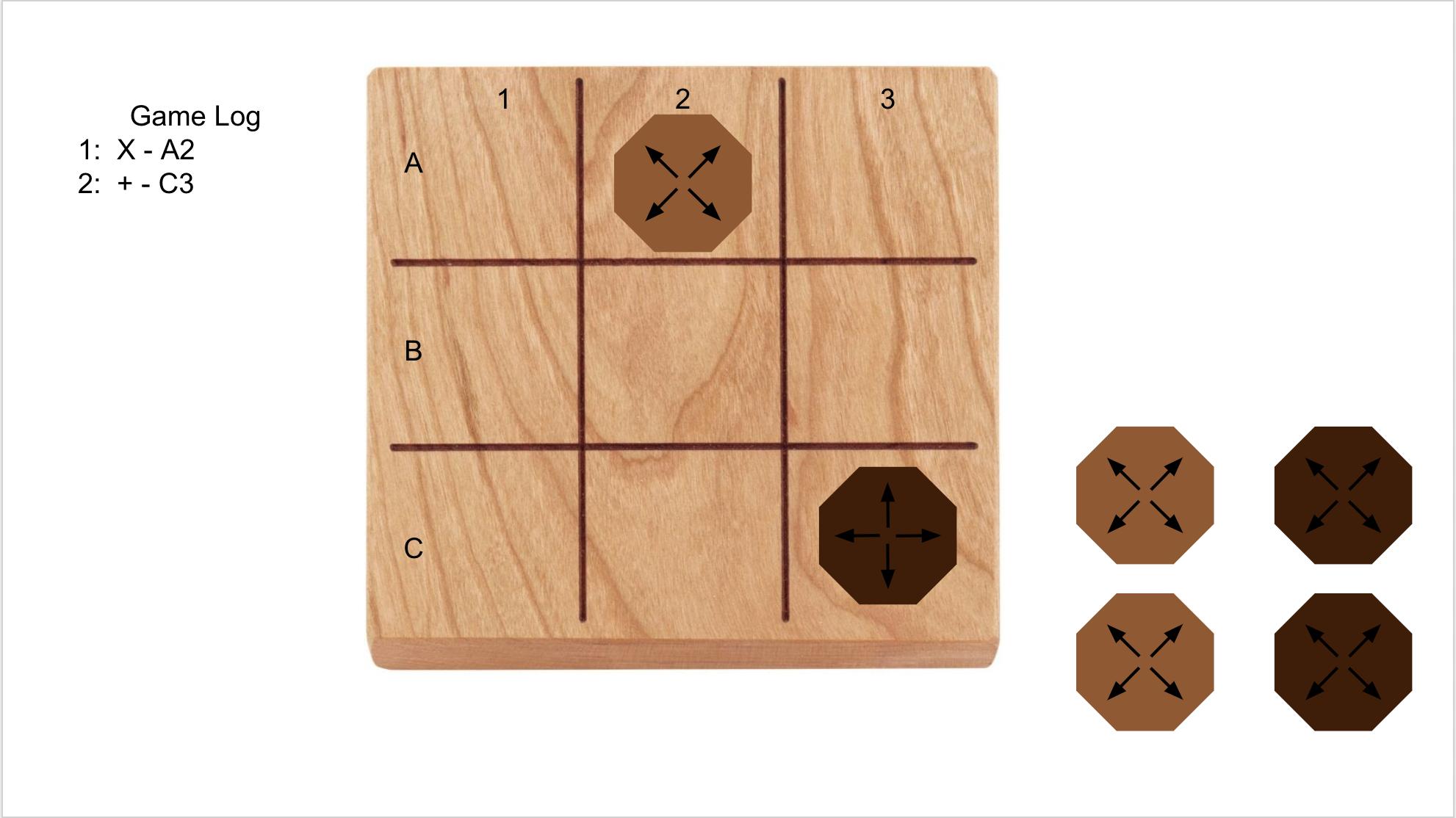 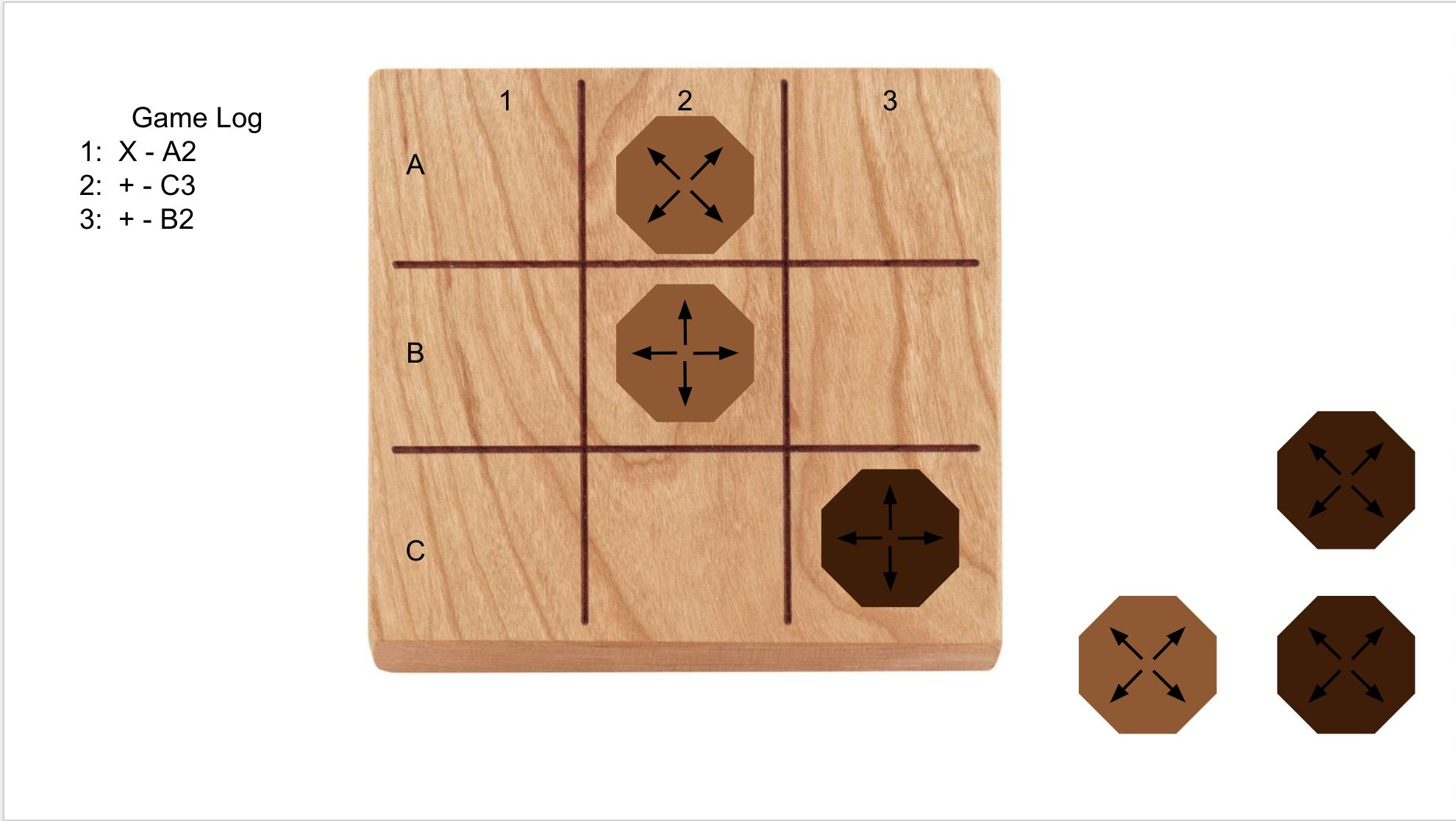 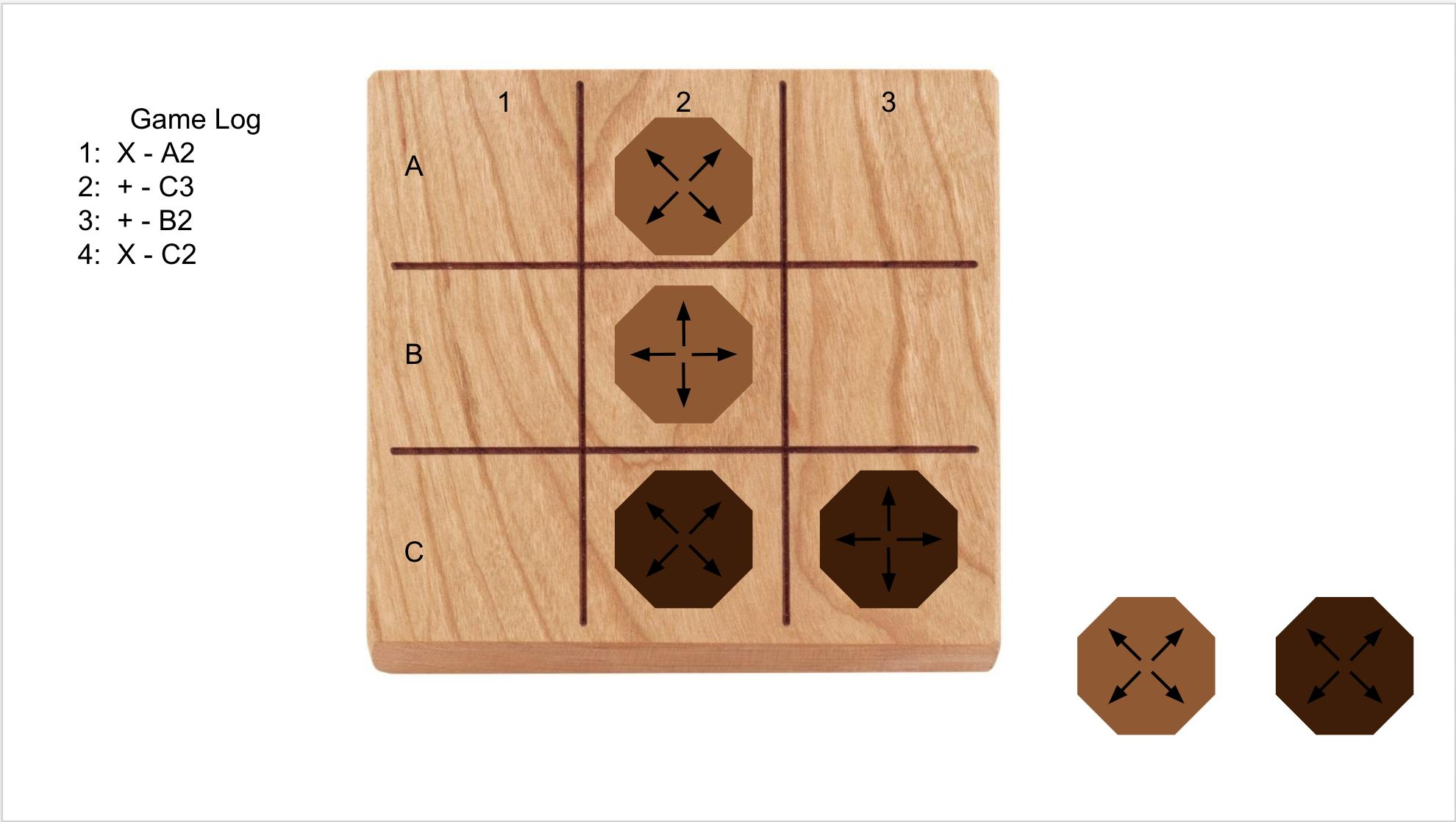 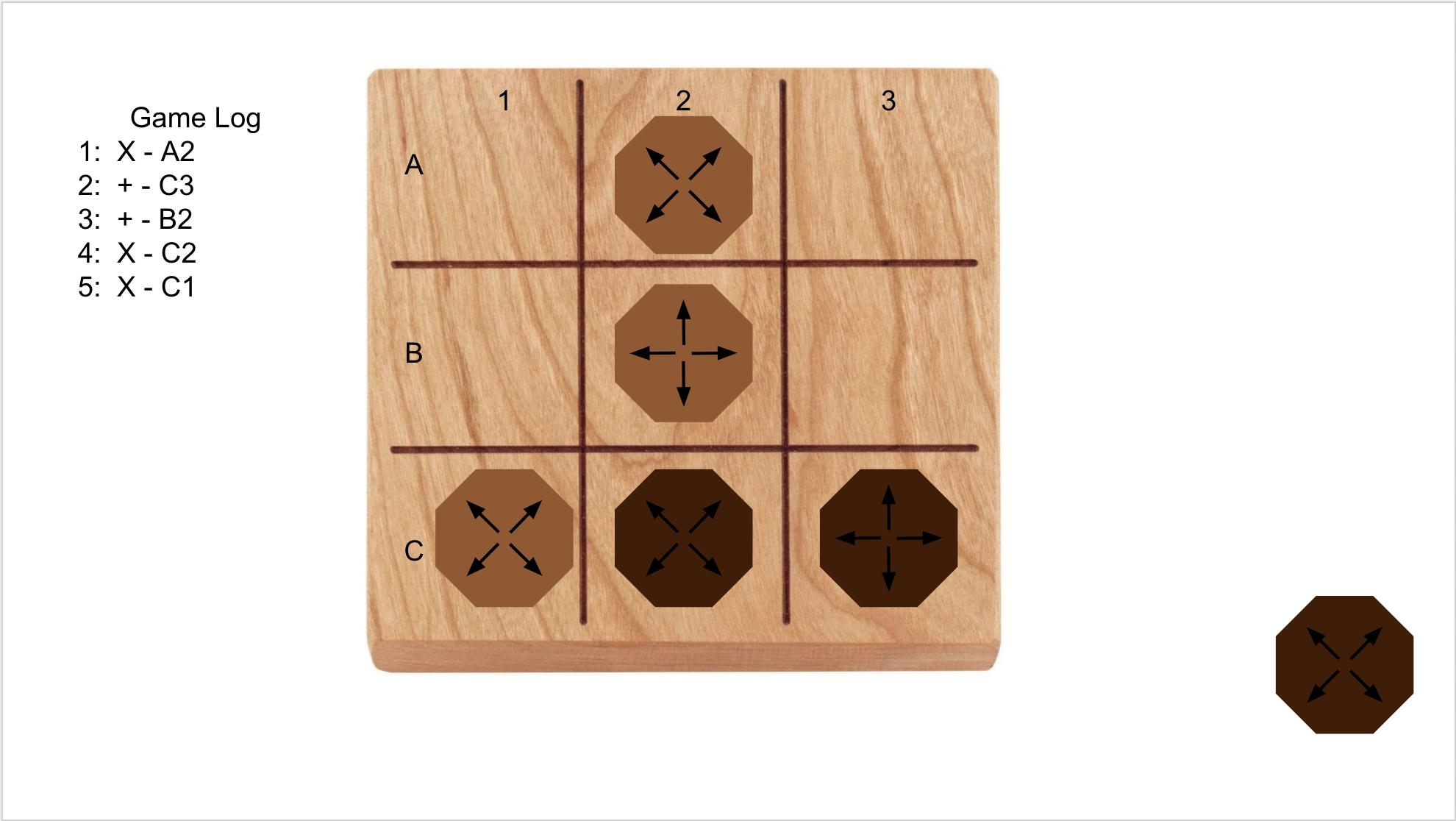 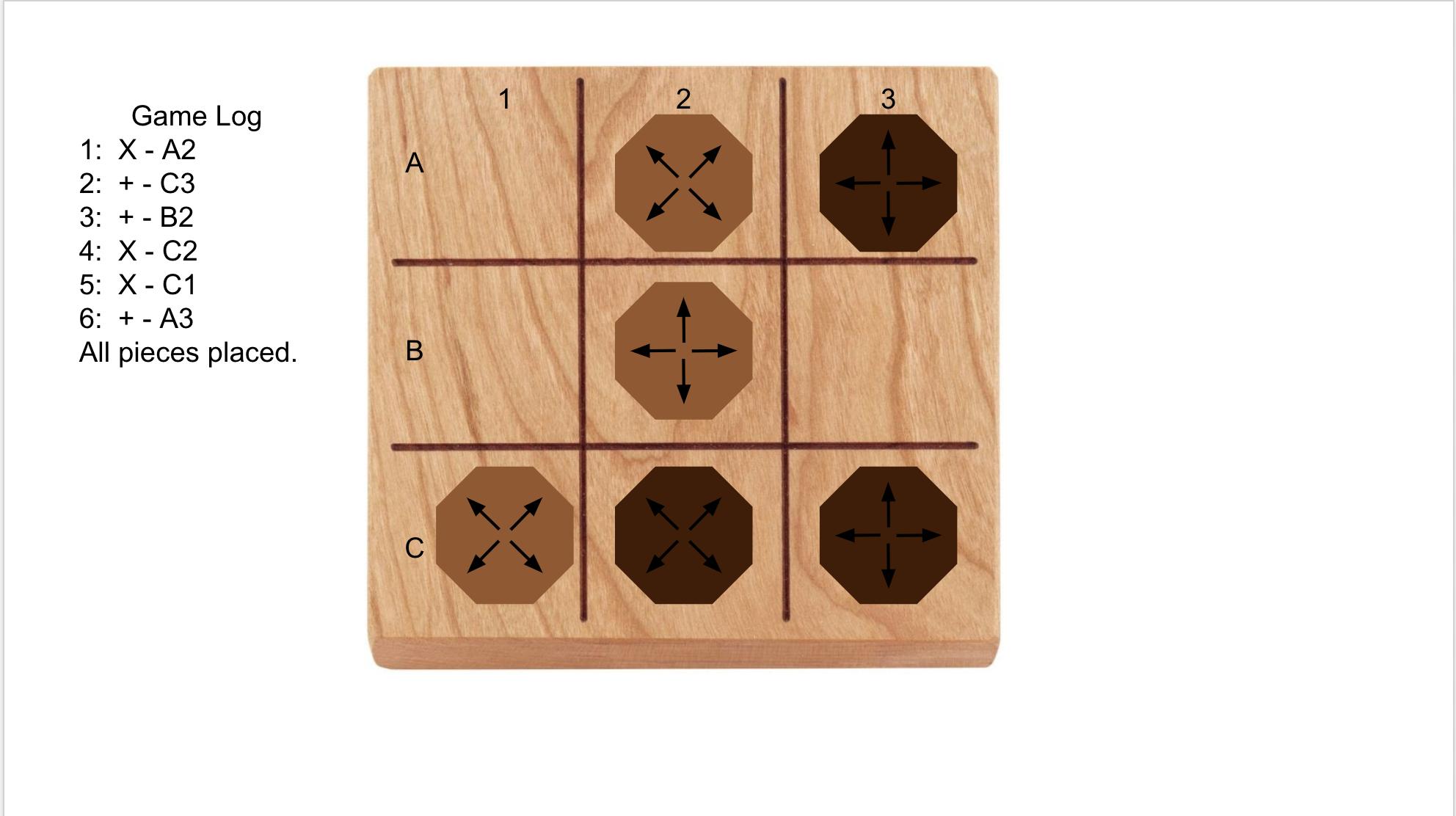 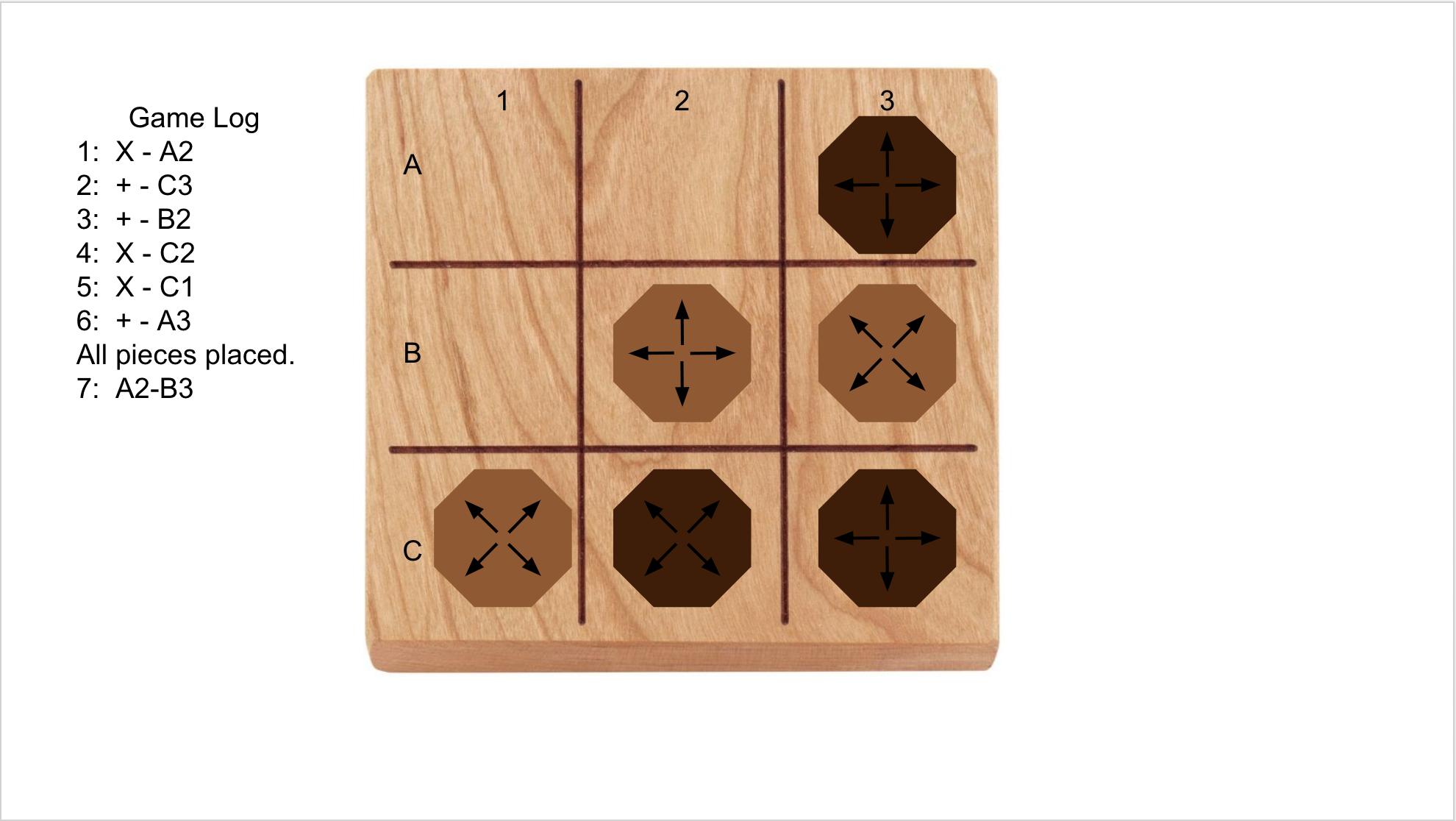 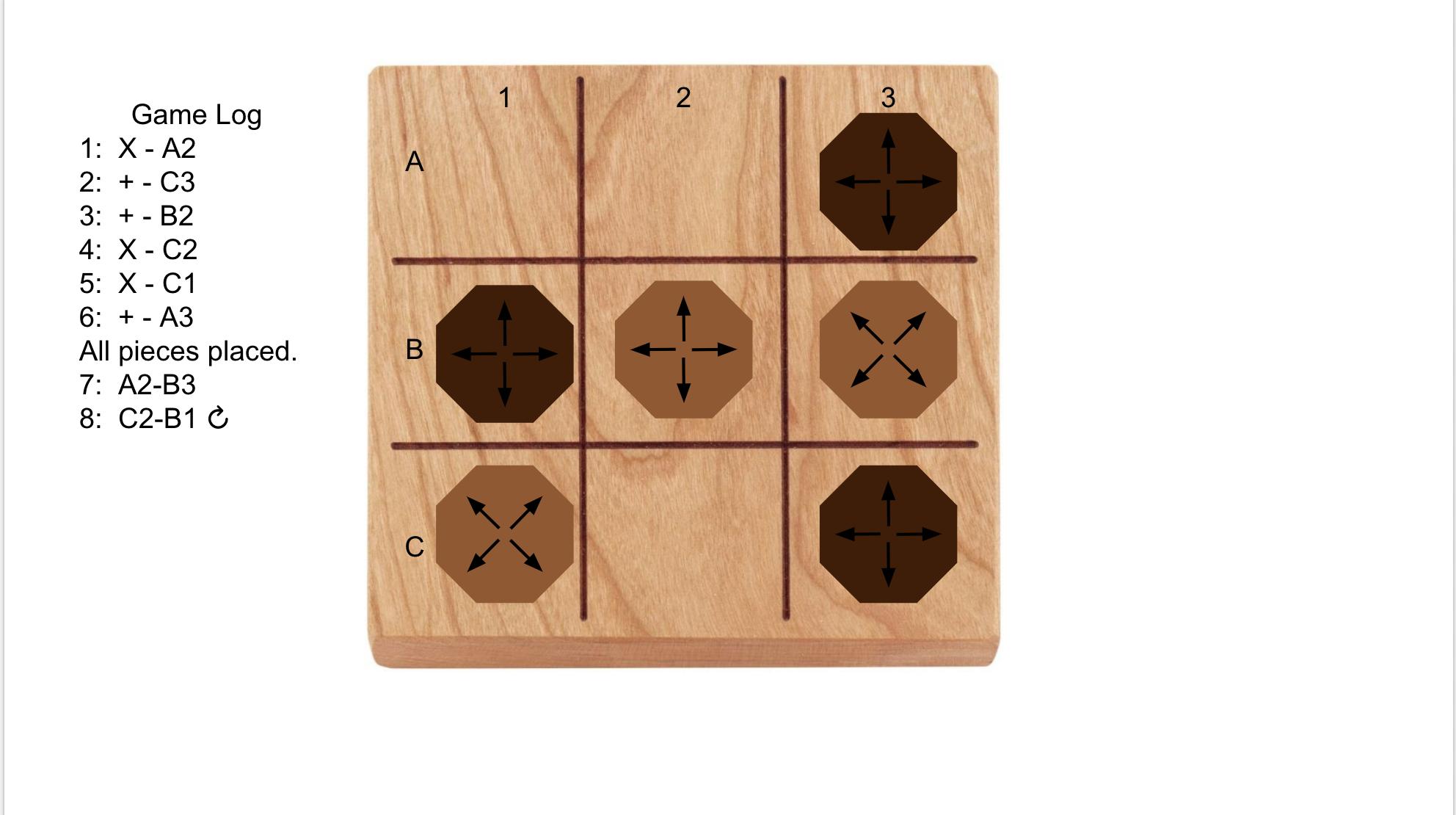 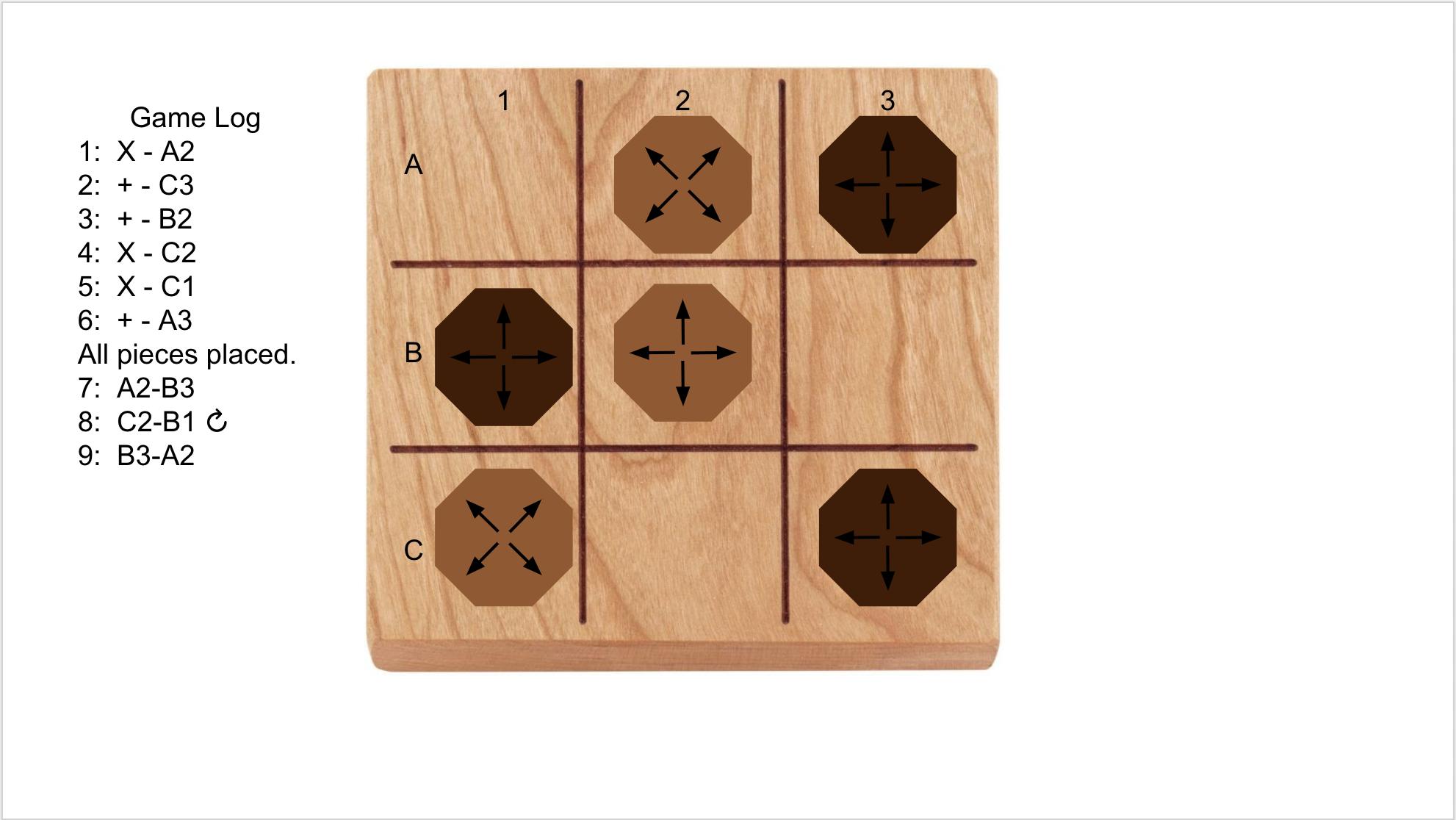 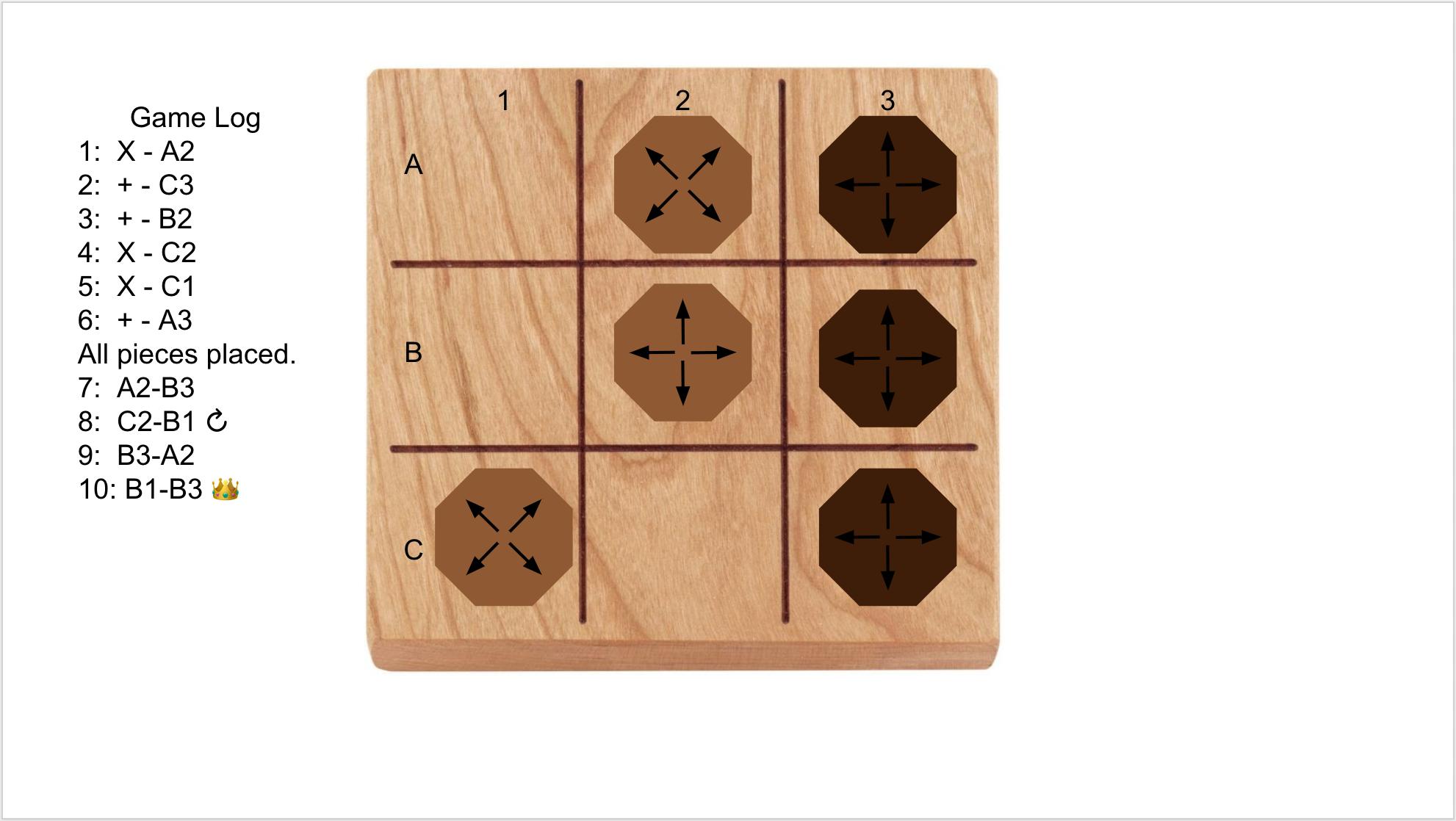 JonahJonah
2133 bronze badges
New contributor
Jonah is a new contributor to this site. Take care in asking for clarification, commenting, and answering. Check out our Code of Conduct.
6
|  Show 1 more comment

The game you are describing is more similar to Three Men's Morris than to Tic Tac Toe. Unlike Three Men's Morris, the extra movement options under the rules you cite mean the game is likely a draw under optimal play. I'm assuming that this game has something akin to Chess's draw due to Threefold Repition; if not, the optimal result of the game is that you play forever, in which case the only winning move is not to play.

The classic Three Men's Morris was solved in the 1200's as a first player victory. The Libro de los Juegos lists the following solutions (translation from here):

Those solutions give a good starting point for this game. I'm going to gloss over a lot of the piece orientations during setup; in general, the optimal piece orientation is implied by the subsequent moves a player wants to threaten.

As player 1, you want to start in the middle with your piece orthogonal (B2+).

Given that, player 2 should respond by playing in a corner (say A3). Player 1 can then force either of the following boards:

This seems to be a draw. Unlike in Three Man's Morris, here Player 1 must move to a2 to prevent a loss (player 2 threatens b3-a2). b1-a2 is the best move as it threatens a player 1 win, but player 2 just responds with b3-c2. Player 1 would then move a2-b1, player 2 would move c2-b3, and the game would be a stalemate.

I can't see any way player 1 can force a win here. If player 1 moves c3-b3 to threaten a win, player 2 moves a1-b1 to block, and the players would then reverse those moves causing a stalemate. Anything else isn't moving towards a victory. I believe this case is a draw as well.

Not the answer you're looking for? Browse other questions tagged variants tic-tac-toe or ask your own question.

37
What is the optimal strategy in Quantum Tic Tac Toe?
13
First modern Naughts and Crosses/Tic Tac Toe?
18
Is Ultimate Tic Tac Toe solved?
15
Name of this interesting variant of Tic-tac-toe?
2
Is there a good tic tac toe strategy for the second player?
3
What's the best strategy to win a tic-tac-toe variant on a 5x5-board?
5
Identify 3D Tic Tac Toe type of game
5
Winning strategy for NxN Tic-Tac-Toe