Which Ranking system is best for my group that play Hearts?

I have put together an advanced Excel spreadsheet that I use to keep score.

I would like to have a sheet that tracks your average based on the number of games you play, but I am not sure how to do this.

David plays the most games and statistically I think his score would be the greatest risk/reward and in some cases he plays hundreds more games than another player.

Is this assumption correct?
If so how would be the best way to look at this?

Here is a copy of the current sheet: Scoresheet 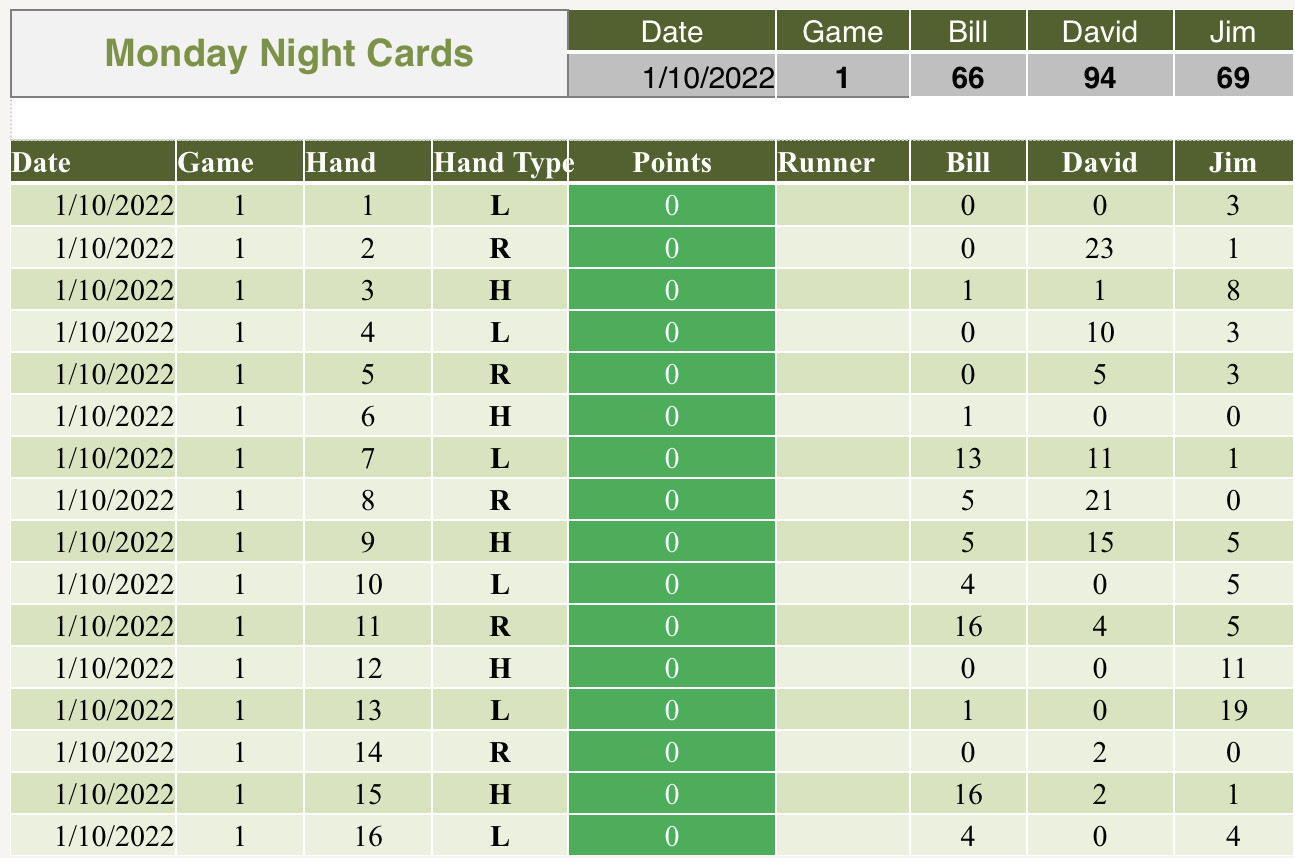 From what I understand, I think that you are looking for some players-rating system. The most known system is ELO. In a nutshell, the ELO compute the probability for player A to win player B (and players C & D).

I would start by reading Understanding the Elo Rating System. If you want a bit more theory, check wikipedia.

BGA explains well their implemented of ELO that takes into account multi-player games:

A player's ELO score on BGA is based on the ELO formula, which is one of the most popular ways to evaluate a player's level.

Some more details and specific cases:

Like Cohensius, I will assume you are looking to create a player rating for your group's hearts games. I assume that an Elo based system is more complicated than you need/want. Recommend the following:

Unlike an Elo system, this system doesn't address the following issues:

A. Some players improving over time.

B. Stronger (or weaker) players playing each other more often. This type of rating is likely good enough for a social group of under 15 players, especially if games are NOT arranged by skill level.

If you do want to account for a larger group with a wider range of skills, I recommend the following:

One additional scoring rule I recommend:

30
What are effective strategies for passing cards in Hearts?
7
In Settlers of Catan, what seat position is the best for odds of recieving any resource?
8
Can two players tie for first place in Hearts?
3
When is it best to break Hearts?
9
In Hearts, impossible to play first hand?
0
Best practice for implementing a rating system