Why can rufous-banded honeyeater be played using invertebrate or nectars, when nectar is a wild resource? 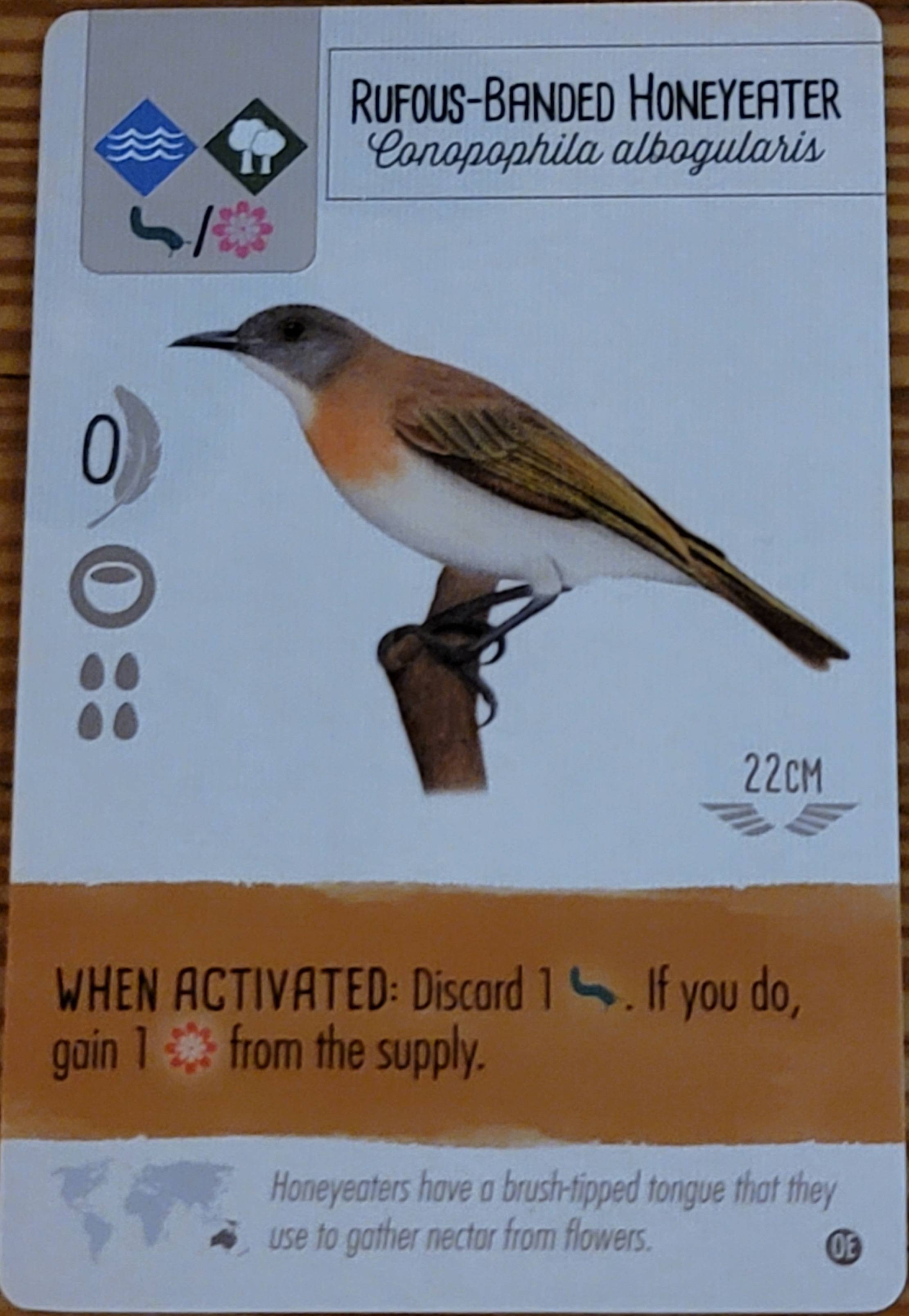 As I understand it you can use nectar in place of any food item so it seems redundant to say that the cost of this bird can be played with either an invertebrate or a nectar?

The Rufous-banded Honeyeater has those two as its foodcost because that is what they eat.

It's purely thematical. You are right that the nectar can substitute all other food tokens.

The food cost of birds can be important for some bonus cards, the "Food Web" bonus card gives points for birds that only eat invertebrate. If the bird also eats nectar it doesn't count for this bonus. So leaving of the nectar food cost would create a thematic disconnect and give a bonus to bird that has two food resources instead of one.

A comment on the Stonemaier official Wingspan Oceania Expansion page

Leo December 6, 2020 at 9:37 am For future readers: Stonemaier’s Joe Aubrey answered me elsewhere and explained: “The real answer is the bird eats invertebrates or nectar in real life, and within the context of the expansion’s mechanics, leaving off nectar would misrepresent what the bird eats in real life. So it’s just a thematic touch.”

Not the answer you're looking for? Browse other questions tagged wingspan .

3
What happens when you create a gap on your board in Wingspan?