How does an Oblivion Ring interact with a Commander in EDH? 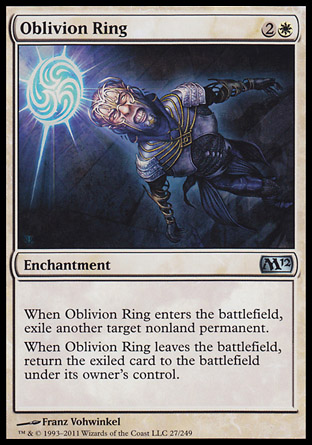 The Commander can still go to the command zone, or exile, its' owner's choice.

903.12. If a commander would be put into the exile zone from anywhere, its owner may put it into the command zone instead.

When Oblivion Ring leaves the battlefield, it triggers an ability that attempts to "return the exiled card to the battlefield under its owner's control." When it can't find the card in the exile zone, it fails to do anything.

21
What happens when a commander is exiled?
12
Flickering a Commander

8
When a general goes to the graveyard in EDH, does his casting counter reset in the command zone?
5
Oblivion Ring targeting an Aura
7
Can the choice to move a commander to the command-zone be delayed?
12
Flickering a Commander
5
Question about interaction: levitation, then gravity sphere, then oblivion ring on each, then tranquility. Who flies away?
13
How does the Commander interact with Banishing Light or Oblivion Ring?
1
Is a commander send to the command zone by Release to the Wind subject to the commander tax?
5
Mimeoplasm on Enemy Commanders in Grave