Do I roll for reinforcements when I lose a Pygmy due to a Sorcerer taking control of it?

When Pygmies are killed the player can roll the die and get 0-3 new pygmies for his next turn. Does he get to do this if a sorcerer uses his special ability to take control of a lone pygmy? My guess would be yes due to the way elves interact w/ sorcerers, but I couldn't find anything conclusive in the base set rules, and there is only a summery insert w/ the expansion!

Yes, you can roll for reinforcements.

The Rules for the expansion read:

Each time you lose a Pygmy token, roll a reinforcement die ...

The Sorcerer definitely causes you to lose a Pygmy token, it is not required to be killed. Therefore you get to roll the reinforcement die to replace them.

Yes. The Sorcerer's substitution ability causes the Pygmy to lose a token. The Sorcerer's ability specifically states that the substitution causes a Loss (the example in the rule book uses Elves). The Pygmies ability allows them to roll the reinforcement die and get 0-3 Pygmies that are redeployed at the end of the current players turn.

The base game rule book says:

Sorcerers - Once per turn per opponent, your Sorcerers can conquer a Region by substituting one of your opponent's Active tokens with one of your own taken from the storage tray. If there are no more tokens in the storage tray, then you cannot conquer a new Region in this way. The token your Sorcerers replaces must be the only race token in its Region (A single Troll token with its Troll's Lair is considered alone for this purpose; likewise for a Race token in a Fortress or on a Mountain, these markers provide no protection to a lone Race token) and that Region must be adjacent to one of your Sorcerers'. Place the substituted opponent's Race token back into the storage tray. If an Elf is converted by a Sorcerer, the Elf does lose his token.

Pygmies - Each time you lose a Pygmy token, roll a reinforcement die and receive as many new Pygmies from the storage tray as you rolled pips on the die (up to the number of Pygmies left). Deploy them on the board at the end of the current player's turn.

No, I tested with the iPad. Pygmies do not roll reinforcement dice when transformed by the sorceler. 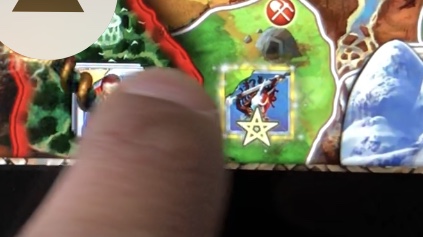 No. The pygmy is changed into a sorceror and therefore is not lost but transformed.

Not the answer you're looking for? Browse other questions tagged small-world or ask your own question.