Can you resolve a dispute between myself and my girlfriend? She recently won a game with what I think is a double movement (although there's no mention of this in the rule book).

She put one two letters down to make one word, which also scored linked to another letter. But she then added another letter immediately to the left of the finished word, which then extended the second word. I just don't think you can make a second movement like this in scrabble! 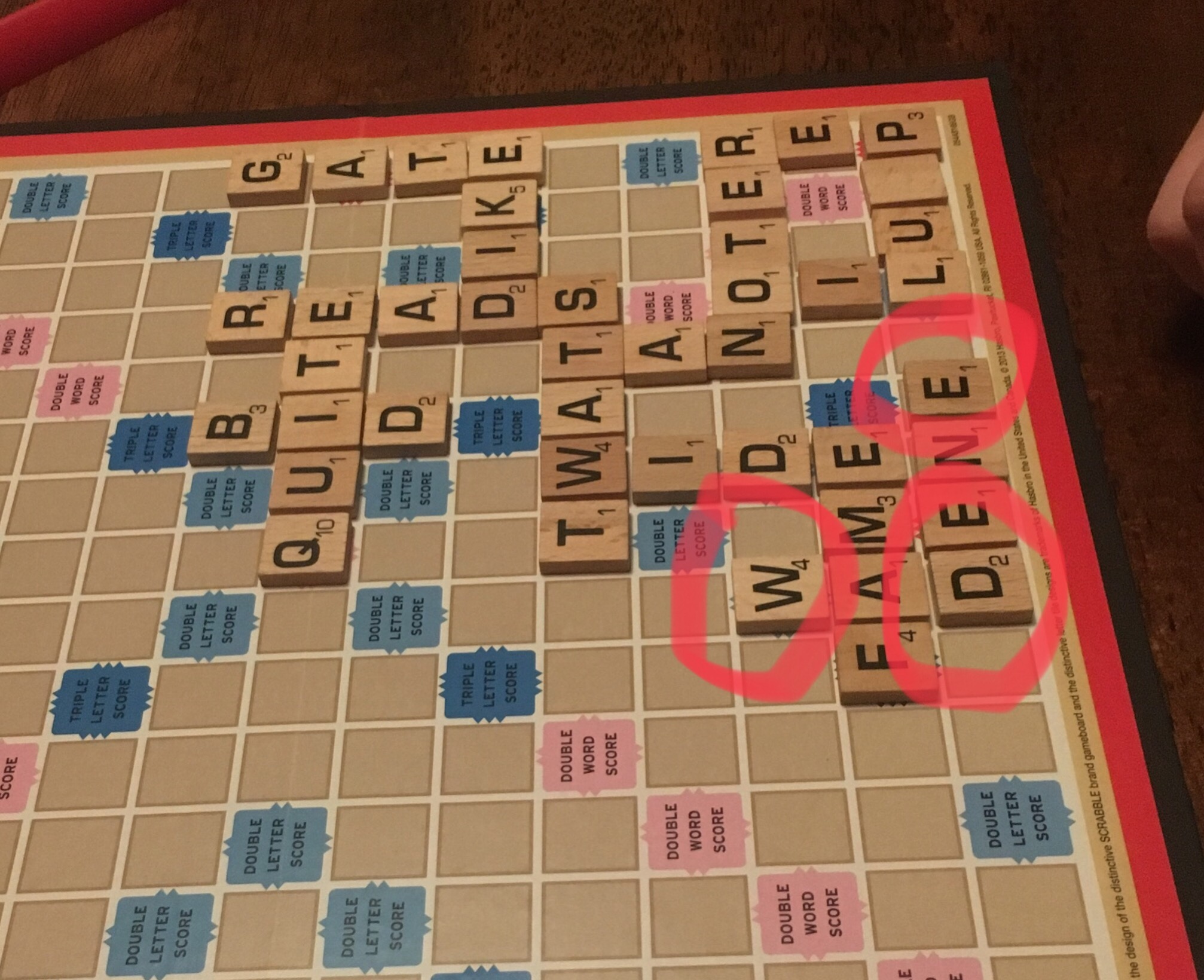 My sister placed down W, D and E, the ones that I circled in red. Is she allowed to do that? I told her it was impossible is it?

Can you resolve this for me please?

From the official rules:

All tiles played in any one turn must be placed in one row only across, or one column only down the board.

As you know, it is perfectly fine to score for multiple different words you made on your turn, but only if you made them from tiles played that turn. Since any tiles played on that turn must be in a single row or column, you cannot play two letters in one column and start a word, and then finish it by playing another letter in a different column. If I'm understanding your example properly, then you are correct in that she made an illegal move. :D

2
Is this move permitted in Scrabble?
0
Scrabble game rules

15
Are slang words allowed in Scrabble?
12
Learning new Scrabble words?
7
Scrabble variation: use double and triple word scores (but not double/triple letter scores) twice?
11
Strategy for two blank Scrabble tiles
4
Can I use plurals in scrabble?
4
Is this a legal Scrabble play?
12
Impossible Scrabble Words