Third Hole in Cribbage Board

What is the third hole at the start of the cribbage for?

It's shown behind the 2 pegs in the image below: 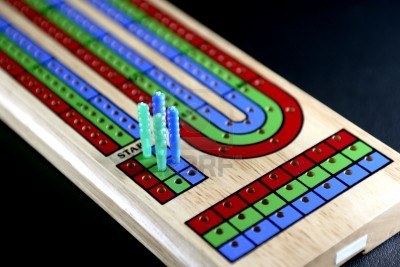 That is for the Game Peg (also known as a spilikin). At the bottom of the board, you see the three straight stripes - those are for keeping track of the number of games you have won. Until you have actually won a game, your spilikin for tracking wins is stored in that third hole.

Consider the following picture: it appears blue has just won the game, and is awarded two game wins for skunking the red player. The red player has yet to win a game, so his spilikin is still in the starting position. 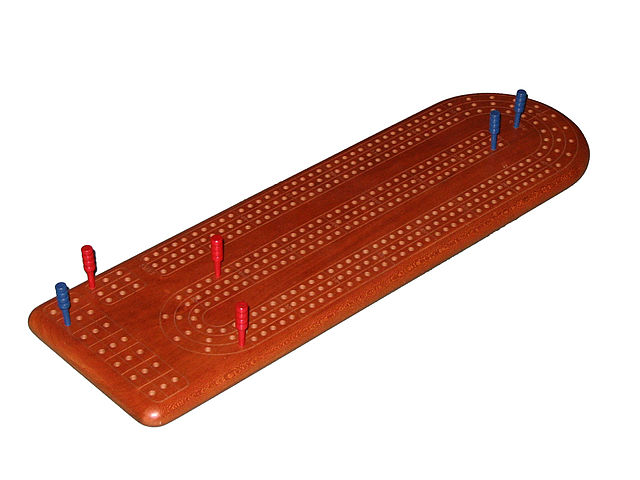 Not the answer you're looking for? Browse other questions tagged cribbage or ask your own question.

15
Optimal Leading Card in Cribbage
6
What is “Go” in cribbage?
4
Scoring a confusing cribbage hand
0
Cribbage counting a hand
4
Is there a way for Braille-Cribbage players to find each other?
1
Cribbage and scoring 31 plus go
2
Why does cribbage have 2 pegs for scoring per player?
5
Playing off previous cribbage runs
0
scoring straight (or run) in Cribbage
0
Cribbage beginner “Go” questions