Are the German tanks in Axis & Allies Panthers?

I know in some A&A rulebooks it is printed what the plastic miniatures represents.

The 1942 2nd edition does indeed list the German tank miniature as a Panther. This is the most recent printing. You can make out the text in the top picture.

You can check the rule books from the official wizards site, unless you are talking about the older Avalon Hill versions, to discover if the units were changed from any of the different versions. If they are attempting to be historically accurate, you can compare the miniature to the Panzer I-IV, Panther, and Tiger I/II.

The game page on Wikipedia agrees with the other sites, but notes under Units that:

Changes in the figurines used may be due to evolving game mechanics (such as the introduction of player-specific antiaircraft gun pieces in 1942 Second Edition necessitating the replacement of artillery units that were previously represented by antiaircraft guns), increased realism (For example, prior to Anniversary, many British and Soviet units were recolored versions of American pieces; in later games they were replaced with pieces representing units from their own armies. Similarly, most ANZAC and Italian pieces, including infantry, were replaced in Pacific 1940 Second Edition and Europe 1940 Second Edition, respectively).

If this is your component set, Then yes it is a Panther. 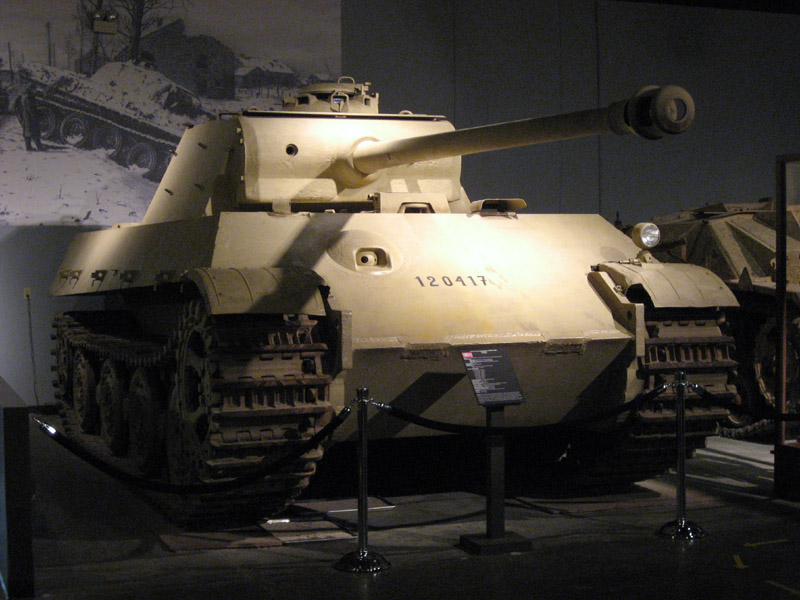