Can the pirate be placed on the edge of the board?

In "The Seafarers of Catan" the pirate can be used to steal resources from another player by putting him on a hex adjacent to one of their ships. Is it also allowed to place the pirate on the water frame around the edge of the board? In certain circumstances this is the only water next to a player's ships.

Yes, I would suggest that it's possible! The frame is just a convenience feature of newer editions and was originally composed of normal water hexes.

Even though Pat provided a formal rule that states that the pirate should be placed only on hexes I want to argue that placing it on the border should be allowed. Simply because the border represents (incomplete) hexes. Also it clearly provides places for boats, settlements and cities there where the normal hexes align with it. The border that my family and I use even has hex shapes drawn on it, most likely suggesting that they are in fact hexes. Please refer to the photo below. We played a Seafarer's scenario including the Cities&Knights extension. Notice the look of the border, and also notice that the pirate is on the border as we have always played it like this. 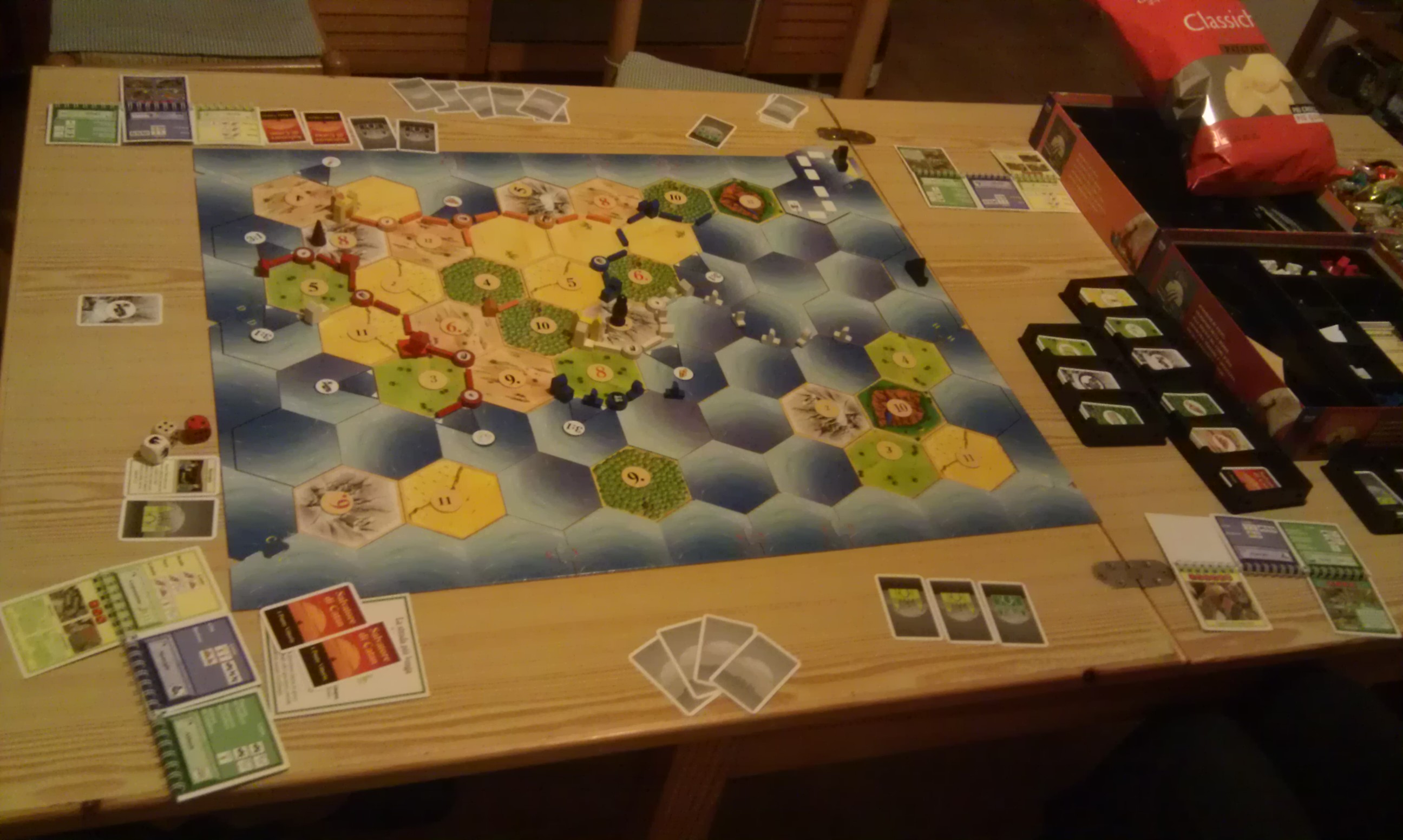 Like the Robber, you place the pirate in the center of any hex you choose— except that you may only place it on a sea hex.

The frame is not composed of hexes, you cannot place the pirate on it.

9
How big is the Settlers of Catan board?
6
Seafarers: The Fog Island -- discovering hexes with the Road Building Development Card
5
When can you start using the Pirate in Catan Cities and Knights / Seafarers?
8
Is it possible for a person to lose "Pirate Islands" Seafarers scenario before the game even starts?
3
Does the Pirate stop fish production when playing Seafarers with Fishermen of Catan?
5
Chit assignment in Catan: Seafarers, Scenario 8: The Wonders of Catan?
1
Catan Seafarers - The Forgotten Tribe scenario : Who claims the harbor?
3
In catan seafarers, does using a knight on a pirate ship give you double resources?
1
Catan: Can I move my boat in the first round of the game?
1
Seafarers Pirate island - Am I OBLIGED to attack when reaching pirate fortress?