Where can I purchase extra wood pieces for Settlers of Catan?

I have two full sets of Settlers of Catan plus one 5-6 player expansion pack. Originally the second set was bought to replace the older one, which was missing a few pieces and cards. However, the epicness of the possibility of a huge SoC game entranced me, and I decided to use all three game sets to make one very large game. By cutting three frame pieces, I was able to craft a 48-hex island, suitable for up to 10 players. (Apologies for the cell-phoneness of the photo.) 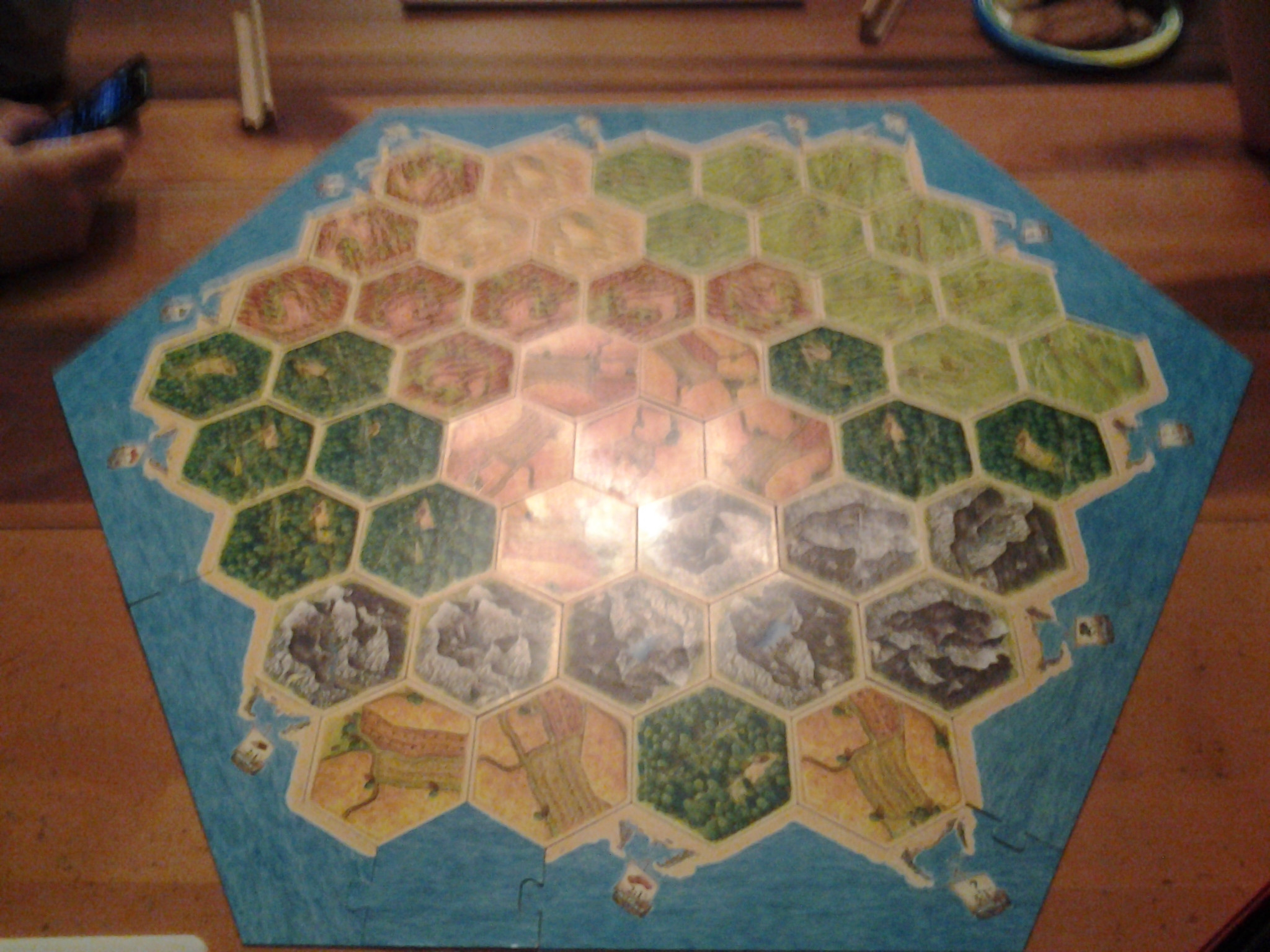 So now I have two sets each of blue, orange, white, and red wooden pieces, and one set each of green and brown. By marking half the double sets (dots with a Sharpie), it is possible to differentiate one half of each double color from the other, resulting in ten sets. Sets can also be combined for fewer players. The development and resource cards which were missing were minimal, so that's not an issue. But sometimes the wooden pieces pose a problem. Sometimes, with four players, the green and brown sets are used as backup pieces for the remaining four double sets which are missing a few. But if I ever want to play with 10 players, I'll have to come up with substitutions, which I'd like to avoid. Where can I find extra wooden pieces for the original Settlers of Catan?

Replacement parts can be found from Mayfair Games, although this will match your 4th Edition color pieces. (Older editions came in different colors). If you want Seafarer's , or other sets they have those too.

Great website from Germany that sells all the Settlers playing pieces; many options ... you can buy sets of pieces or just the missing parts :).

There are a number of sellers on ebay that have replacement parts in a variety of colors, including a bunch that aren't part of the actual game (purple, pink, gold, etc). A quick search there should turn up quite a few options.

For a slightly more DIY approach, you can purchase square dowels from most craft stores that are the exact size of the roads in Catan. Buy a dowel for around $2, cut it down to size, you have roads. A slightly larger square down could be done for the settlements, then a larger round dowel could be cut down for cities. You could also paint or color the pieces in any color you wanted, making the distinction easier than between sets of the same color with sharpie dots. Just a thought.